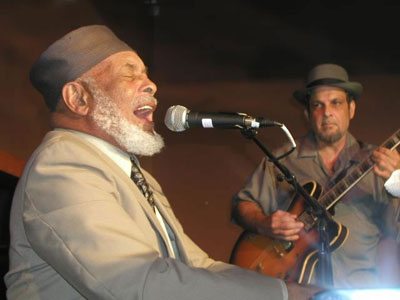 slideshow
From June 19 to June 23, New York City quintet Second Movement will bring their groove-driven jazz-funk to six of the midwest's best venues.

Formed in 2003, the band has emerged as an energetic and original voice within the jazz and jamband scenes. In addition to their showcase at this year's South by Southwest Music Festival, they have headlined festivals and clubs along the East Coast and have shared the stage with the undisputed Grandfather of instrumental funk, Meters guitarist Leo Nocentelli.

Second Movement's self-titled debut LP, which is available on iTunes, has been met with critical acclaim, yielding such comments as “a wide and varied statement that personifies the idea of jazz funk" and “succeeds in providing fresh new material for those who long for that hard-driving funky taste of jazz. Loud, boisterous and bursting with energy..." Budd Kopman wrote on AllAboutJazz.com, “In the end, while the record displays Second Movement's extreme skill at what they do, this music is the kind that just must be heard live. Damn!" And Brad Walseth from JazzChicago.net begun his review by exclaiming, “Oh so funky, so very funky," and added, “Second Movement works the groove to fill the dancefloor with bopping bodies, but also spins into left of center tangents that will blow the mind."

In addition, the band has secured a sponsor for the tour. Nutty Steph's Vermont Granola (www.nuttystephs.com), which will be the Official Tour Breakfast of Second Movement, makes maple-sweetened granola by hand in their sunlit bakery nestled in the green mountains of Vermont. Free samples of Nutty Steph's granola will be available at every tour stop.

Accreditation - Music press and industry who wish to be included on a show's guest list should contact Jim Moeller at Soulever Music for more information.