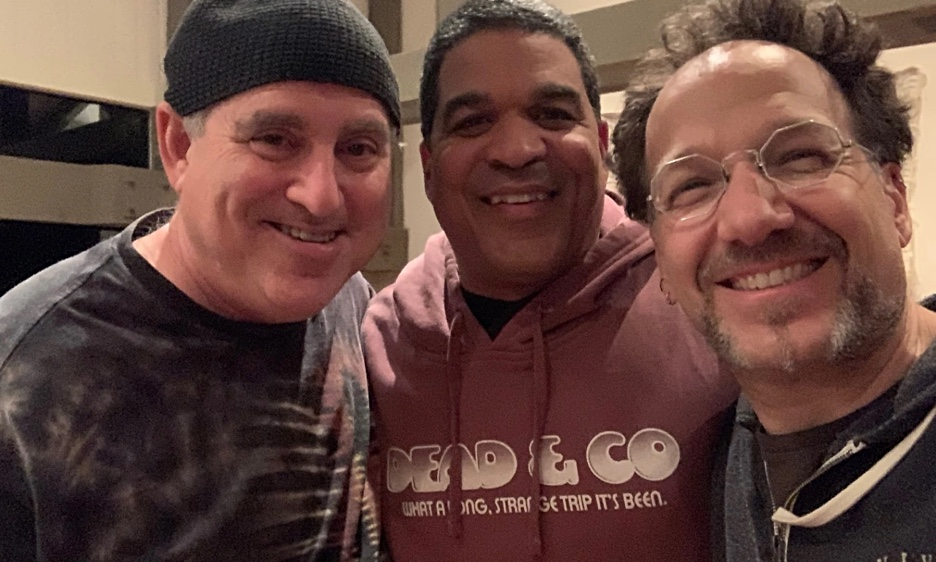 I'm proud to announce this IndieGogo Campaign for my brother Scott's new album, recorded in November of 2021 at Panoramic House in Stinson Beach, CA; Scott Sawyer on guitar, Oteil Burbridge on bass and Scott Amendola on drums. While this is a jazz album, it's far from straight-ahead. Four Scott Sawyer original tunes and covers by Ron Brendle, Miles Davis, Jerry Garcia, and The Doors. All music on the IndieGoGo promotional video (see below) is from the Change Of Scene. The album will be released in approximately one month and we're taking pre-orders now for CD, vinyl, and FLAC/MP3 downloads.

A note from Scott Sawyer

In March 2020, I was busier than I'd been in years. My previous album Night Visions was about to be released, I was gigging frequently, instructing 30 hours a week at the Durham Jazz Workshop (coaching small groups and working with my private students), and instructing one day a week at East Carolina University (Applied Jazz Guitar lessons, Jazz Improv, Jazz Pedagogy). We discussed returning to the studio later in 2020 to begin work on another album.

Everything changed on March 15, 2020: all performances were cancelled. The Durham Jazz Workshop shut down. In-person lessons and classes came to a screeching halt. The next album was put on hold. I recall thinking “things will be back to normal in 4-6 weeks". Little did I know that it would be over a year before DJW would reopen, and even longer before I performed in front of a live audience. I began using Zoom for instructing and it took me several weeks to become somewhat comfortable with the platform. The lockdowns continued, so we decided to release Night Visions online at the end of May 2020.

Stuck at home, my main concern was initially income, but as time dragged on, I realized that not interacting with others in-person and 'playing' was the major stressor, as nothing can replace the vibe in the room or on the bandstand. Prior to COVID, it was rare for me to go more than a week without performing with others in front of a live audience.

When Jon first asked me about doing a record, I said “no". I hadn't been playing, writing or practicing. I wasn't feeling creative, and I just didn't see the point. Jason followed up with me and eventually I agreed to it, as they generously offered to 'make it happen'.

Once we decided on the musicians, I knew that recording Change of Scene would be a departure from my previous album projects. My previous albums were recorded close to home in NC, not across the country. And I recorded with musicians that I knew through gigs, music that had been rehearsed and performed in advance. Oteil and I had recorded together in 2006 and performed together a handful of times. But neither of us had previously met or worked with Scott A. There would be no rehearsals in advance of the session...so rather than writing specific arrangements, I opted to keep things loose by preparing basic lead sheets for most tunes, and welcoming input from the others.

On October 31, Jason and I boarded a plane for San Francisco. Jon picked us up at SFO and we made our way to Mill Valley for coffee, and then to the Panoramic House. Later that evening Oteil played the last show of the Dead and Company Summer Tour at the Hollywood Bowl. The tour bus dropped him off in Mill Valley around 5am where a car was waiting to bring him to the studio. When Amendola showed up later that morning we said our first hellos and began setting up. About an hour later PG&E showed up and informed us that they would be cutting off the power to Panoramic House to complete some maintenance in the area. A couple of hours later, we began rehearsing “Mighty Dom" and it didn't take us long to come up with an arrangement and record a complete take. We listened to it and I knew that we were onto something. What made it to the album is unedited, and I couldn't be happier with it.