Saxophonist Jeremy Udden Interviewed at All About Jazz! 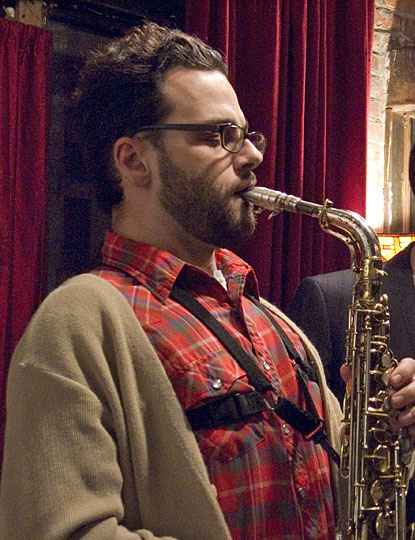 slideshow
Jeremy Udden is one of those outstanding working musicians on the scene in Brooklyn. A saxophonist, composer, and bandleader, he is—like so many musicians of his generation—influenced by a variety of things outside what is known as jazz, and his music reflects that. He's developed a band called Plainville that offers a different sound and feel. A different tapestry on which musicians can subtly embroider their improvisations. A different mosaic.

Out of the New England Conservatory, he cut his teeth in bands like the Either/Orchestra and stayed in that organization for about seven years. He eventually landed himself in New York City, but he spent time in China and thought of staying there. This year, moving to Stockholm was on his mind. But all the while, he's pushing new projects and is excited about his distinctive band—sax, electric keyboards including organ, banjo, bass and drums—that produces music with an almost-folk quality.

R.J. DeLuke spoke with Udden about Plainville's latest release, If The Past Seemed So Bright (Sunnyside, 2011), working with Russ Gershon's Either/Orchestra as a seminal early experience, and maintaining multiple Plainville lineups in different countries.

Check out Jeremy Udden: Far From Plain, today at AllAboutJazz.com!