SOURCE: ALL ABOUT JAZZ
September 15, 2008
Sign in to view read count 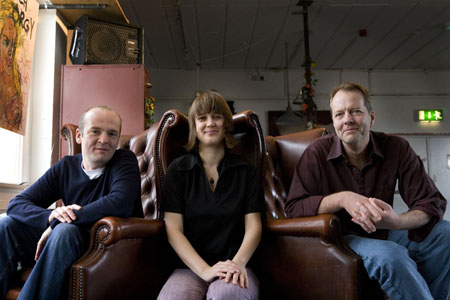 slideshow
With Sleepthief (Intakt, 2008), Ingrid Laubrock--since mid-decade amongst the most singular saxophonists and bandleaders on the British scene--has made an album so exceptional that the German-born, London-based player hasn’t gone so much global as galactic.

The disc features Laubrock in a trio with British pianist Liam Noble and American drummer Tom Rainey, on a wholly improvised program in which she dazzles with her improvisations and also with the paradigm-shifting sonic vocabularies she is developing on the tenor and soprano. It completes a sequence of work--also including Forensic (F-ire, 2004) and Let's Call This... (Babel, 2006)--which establishes Laubrock as a major voice in creative jazz, a superstar in all but mainstream breakthrough. Hopefully, the involvement of Rainey will give her a bigger platform in the US, where she remains generally unknown outside musicians' circles in New York and California.

Following up on his 2005 interview with Laubrock, AAJ Senior Editor Chris May delves into the making of Sleepthief and more in Ingrid Laubrock: Saxophone Colossus.

AAJ is also featuring two reviews of Sleepthief--one by Chris May and another by fellow Englishman, Nic Jones.

AAJ is committed to providing the most extensive coverage available surrounding new releases, so be sure to check out all of our coverage of Ingrid Laubrock today.