Saxophonist/Composer Alex Weiss Exhibits His Surrealist Jazz Conception On 'Most Don't Have Enough,' Due Feb. 24 From Ears&Eyes Records 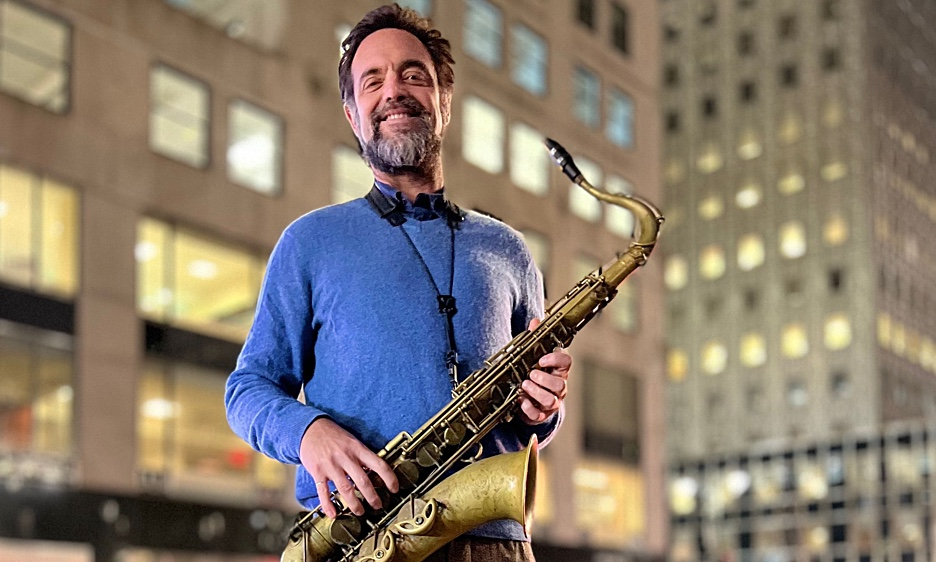 The importance of exercising one's imagination was instilled in me by my grandfather [the Spanish surrealist painter Eugenio Granell]. I started seeing a synergistic relationship between the jazz idiom of the '50s and '60s and surrealism, and the element of social protest in both.
&#151Alex Weiss 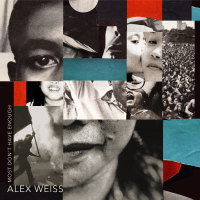 Seven of Most Don’t Have Enough’s tunes are Weiss originals, each bearing the composer’s hallmarks of unusual form, meter, and texture. His approach to music and art is deeply informed by the work of his grandfather, the great Spanish surrealist Eugenio Granell. “The importance of exercising one’s imagination was instilled in me by my grandfather,” Weiss says. “I started seeing a synergistic relationship between the jazz idiom of the ’50s and ’60s and surrealism, and the element of social protest in both.”

That context by itself suggests a great deal of freedom in Weiss’s music, and he does not disappoint. Pieces like “Thread Your Grandmother’s Needle” and “Akira: Sun and Moon” offer wide open spaces for the players to color as far outside the lines as they dare. There is even a cover of Ornette Coleman’s “Humpty Dumpty” to reinforce that sense of creative liberation. Like Coleman, however, Weiss’s music is also rich with melody—though rarely of a conventional stripe. There’s great lyricism and enchantment to be found in “The Leonard Nimoy Method” and “Thumbelina”—as well as great fun in trying to guess where the tunes will go next.

Most Don’t Have Enough is also (as the title suggests) a vehicle for social and political commentary. “Your Dark Shadow Appears at the Door” is a menacing meditation on the onset of the Trump era; titles like “Homage to Elijah Cummings” and “Organized Religion” speak for themselves.

Also speaking for themselves are Weiss’s brilliant collaborators. Blake is both a superb frontline partner for Weiss and a stunning improviser on “Humpty Dumpty” and the band’s cover of Chris Speed’s “Really Ok,” and the rhythm section of Davydova, Ishenko, and Smith make for a thrilling blend of stable and adventurous support, with each turning in remarkable solos of their own. Sanchez’s presence illuminates “Homage to Elijah Cummings” and “Akira: Sun and Moon,” imbuing both tunes with a jolt of unexpected pathos.

Alex Weiss was born January 5, 1971, in New York City, but was raised in the Boston area. Beginning on saxophone at 12 years old, he was gigging professionally by 15. He studied music at the University of Massachusetts and San Francisco State University, also conducting life-changing “field work” at the latter city’s fabled Saint John William Coltrane African Orthodox Church where he played every Sunday for two years.

Weiss made his way through the 1990s in San Francisco, where he made important connections with saxophonists Roberto DeHaven (who played on Weiss’s 1997 debut recording, Make Your Own Lightning), Marco Eneidi, Glenn Spearman, and John Tchicai. He relocated to Spain in 1999, spending four years in the Madrid-based band Mojo and leading his own Gallo Pinto quintet. Returning to the Bay Area in 2003, he played in multiple contexts and projects—including his quartet Outhead, with which he recorded two albums (2007’s Quiet Sounds for Comfortable People and 2014’s Send This Sound to the King).

Arriving in Brooklyn in 2008, Weiss reunited with Tchicai to record One Long Minute with the Danish saxophonist’s Five Points band, working with bassist Dmitry Ishenko and Ches Smith, who would become longtime collaborators. They worked with him on 2012’s Fighter Planes & Praying Mantis, his second recording under his own name. Weiss also worked with the likes of Wadada Leo Smith, Herb Robertson, Sean Conly, Shahazad Ismaliy, Marcella Lucatelli, Liz Kosack, and Santiago Leibson; played in the hora/klezmer outfit K’nock Brigade; and earned a master’s degree in music therapy from New York University.

The 2013 birth of his son took Weiss off the bandstand for a few years; shortly after he formed Glad Irys in 2019. The COVID-19 pandemic forced another long hiatus, which he used to compose much of the music that now makes its way to the world as Most Don’t Have Enough.