SOURCE: ALL ABOUT JAZZ
December 5, 2008
Sign in to view read count 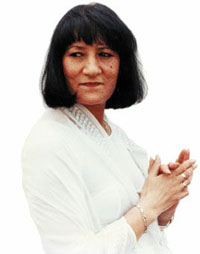 Praised by Jazztimes as “South Africa's greatest living jazz singer," vocalist Sathima Bea Benjamin has established herself as a highly respected composer and a master interpreter of American jazz standards. Her career includes collaborations with some of the most influential figures in jazz, including Duke Ellington; Billy Strayhorn; Kenny Barron; Buster Williams; her husband Abdullah Ibrahim; as well as her daughter, the underground hip-hop artist Jean Grae.

Through her own label, ekapa records, Sathima has recorded and released 10 albums, earning a Grammy nomination in 1982. Sathima's lifetime of work in jazz and in support of the African National Congress (ANC) during apartheid was recognized by South Africa in 2004 with an Order of Ikhamanga, the country's highest honor.