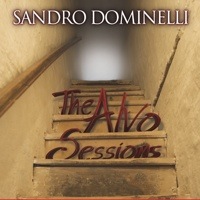 Just last week I was watching Edmonton's Sandro Dominelli behind a drum set, making it happen for two players from New York. I wondered: was there a specific moment when he hit that critical point that separates apprentices from veterans?

It's the point where making jazz ceases to be a conscious effort and becomes more of a subconscious impulse to shape meter and emotion to the required mood, when manipulating the instrument becomes a natural extension of the brain and the limbs, where it's less about playing and more about flowing.

The truth is that these things happen gradually over a period of years, but listeners can still be excused if they find something awe-inspiring in the way that great jazz appears to happen so effortlessly. That's what it's all about.

Now, with his fourth album, The Alvo Sessions, Dominelli hits another level. It's not the first time that he has made fruitful music in a trio (check D.A.D. S Trio, 2007), but this electric encounter with guitarist Rez Abbasi and bassist Chris Tarry hits that golden synergetic triangle, where the smallest possible set of players finds the greatest measure of musical completeness.

Dominelli thanks the Canada Council and the Alberta Foundation for the Arts for sending him to New York last September. He can play well anywhere, but enjoying a change of scenery in the legendary jazz capital must have added something to this very contemporary musical conversation. Meeting previous musical acquaintance Tarry (a transplanted Albertan) and new friend Abbasi on their home ground only added to the comfort level over four days in the studio.

From the opening seconds of Keith Jarrett's Personal Mountains you can feel that this is an exploratory journey among equals, both because they find equal strengths inside themselves, and because they set aside traditional roles to take on equal functions, supporting one moment, soloing the next, on a level of interaction that's wonderfully fluid.

At the individual level, Abbasi's eastern ancestry adds an edge of exotic detail, Tarry's bass moans and groans with pleasing regularity, and the drummer keeps them percolating at the right temperature with precision and taste.

Dominelli's own Foggy Bridge is the first track to solidify the power trio concept with a touch of searching introspection as they pursue a minor meltdown.

Then there's Wicked Game, a brilliant reinvention of the Chris Isaak hit that gradually envelopes you in a cloud of fear like a good mystery movie.

Two pieces penned by Edmonton's Marc Beaudin only raise the suspense level with unexpected progressions that find their own logic, and two more tunes from Dominelli flirt with the twin pursuits of time and melody. Tarry's tender ballad Kata lets you down gently but smartly at the end.

At points The Alvo Sessions recall trio work from John Abercrombie or Bill Frisell (one of Dominelli's admitted influences), but like those efforts, this encounter stakes its own place in your memory and leaves you wanting more. Apparently “Alvo" is a Portuguese word for cool or happening. Alvo indeed.

Dominelli's trio regroups next weekend to play two nights at the Yardbird Suite, Feb. 19 and 20. Tickets via Ticketmaster or at the door.