The Art Boutiki in San Jose is Silicon Valley's best small music venue and one of the best places for jazz in the entire county. 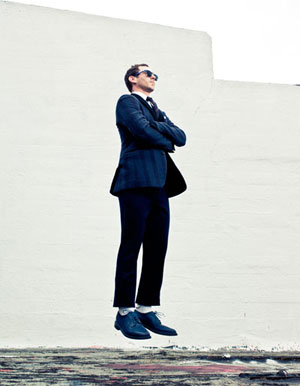 slideshow
Erik Deutsch and the Jazz Outlaws will be making San Jose's The Art Boutiki a stop on their current west cost tour, bringing their brand of country influenced jazz into one of the most unique venues in the country.

2015 marks the release of Erik's fourth album entitled Outlaw Jazz. Featuring a new blend of countrified jazz with his signature psychedelic soul-jazz sound, Deutsch is joined by an all-star cast of musicians including country music icon Shooter Jennings on vocals. Since it's release on February 24, 2015 on the Nashville-based record label Cumberland Bros, the music has been met with rave reviews. Rolling Stone debuted the single “Whistlers and Jugglers", JazzTimes debuted the video for “Dearest Darling", and many top publications reviewed the record including the Huffington Post and USA Today.

About The Art Boutiki