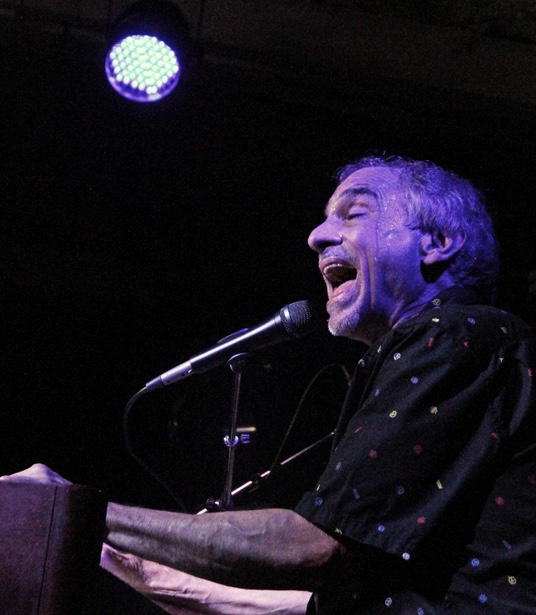 slideshow
Hammond B-3 player Tony Monaco's music is rooted in a mighty tradition, but isn't stuck there. He can take the B-3 to church, and even into pioneer Jimmy Smith's “chicken shack sound" when he wants, but he is also stretching his sound into something fresh and tasty. Credit that to his own modern twists—-with a healthy dose of musical emotion on the side.

That was the case on Friday, May 13, as Monaco opened a two-night Florida mini-tour at the Fogartyville Community Media and Arts Center in Sarasota. On this night, he was joined by guitarist LaRue Nicholson and drummer Rick Costa.

None had ever played together before this concert, a fact that underscored the magic of jazz. There was a freshness of ideas fired back and forth, turning the evening into the true essence of jazz—-a swinging musical conversation among the players, which then touches the listeners.

All night long, Monaco's facial expressions revealed how deep he was into the music he and his band mates were making. That visual treat added to the moment. He often had a look of surprise on his 62-year-old face during or at the end of a solo line, as if to say “Did I do that?"

The band's two 45-minute sets at Fogartyville mixed jazz and popular standards, Monaco originals, tributes from the B-3 archives, and some trips to musical church. A third of them included his vocals, including the Nat King Cole ballad “L-O-V-E" and the sprightly Italian language hit “Quando, Quando, Quando."

The trio was locked in from start to finish, with Monaco giving Costa and Nicholson plenty of space to add to the creative conversation.

His fine originals included a Smith tribute titled “I'll Remember Jimmy," “Called Love" and the funky “Indonesian Nights," which was a showcase for Nicholson's guitar mastery. In addition to the Smith homage, Monaco played a Jack McDuff-style blues in the key of G. Later, he saluted a fellow Columbus, Ohio B-3 native with an exploration of Don Patterson' “Goin' to Meeting."

They saluted the rich B-3 and jazz guitar combination with a fine reprise of Jimmy Smith and Wes Montgomery on Wes's “OGD" (Road Song) from Further Adventures of Jimmy and Wes (Verve, 1969).

Monaco took the audience to church with a bit of “Amazing Grace" before the break, and a with an extended exploration of Oscar Peterson's jazz standard “Hymn to Freedom" at night's end.

The latter was a welcome musical balm for the audience amid all that's going on in the world today.