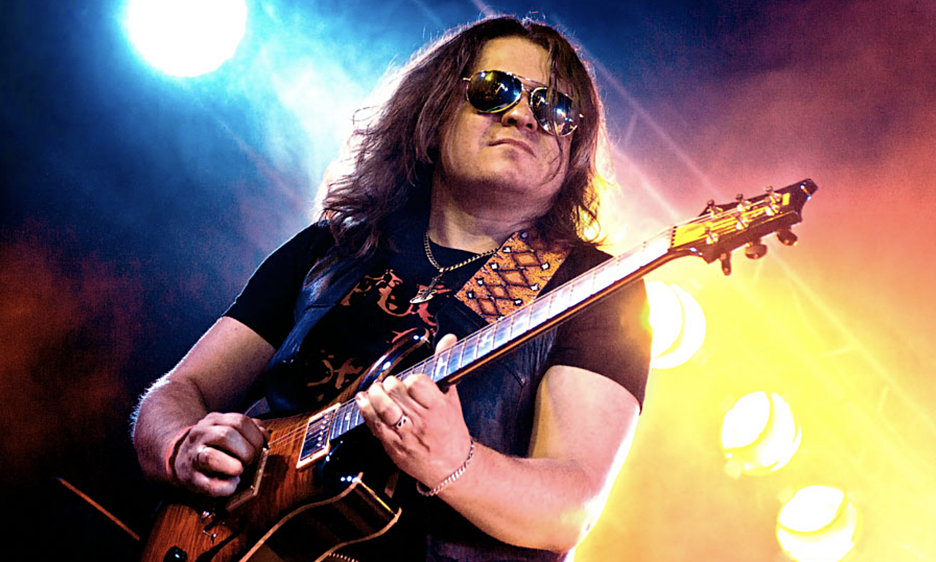 SOURCE: ALL ABOUT JAZZ
November 17, 2020
Sign in to view read count

Guitarist, composer and bandleader Roman Miroshnichenko is a Finalist in the 25th Annual USA Songwriting Competition in the “Instrumental" category for his composition “Aliens’ Electrik Dream", which appears on his latest multi Award-winning album Ascension. “Alien's Electrik Dream" is dedicated to one of the greatest guitar players of all time Steve Vai, who very kindly responded on the composition:

“Congratulations on your record! And thanks so much for the touching ;Alien’s Dream.' It’s quite beautiful! I like music that has some rich changes and cool melody!"

In the next category “World" the list of Finalists includes the Russia’s renown pop-singer and songwriter Leonid Agutin in a duo with the American guitarist Al Di Meola.

Roman Miroshnichenko is a virtuoso guitarist, one of the premier guitarists of the new generation of the jazz-fusion music. He has received a total of 30 nominations with 10 wins in multiple international songwriting contests and music awards throughout 2010-2020, including four The Independent Music Awards, 1st Prize of the USA Songwriting Competition, 1st Prize of the International Acoustic Music Awards, The Hollywood Music in Media Awards nominee, Honorable mention prize of the International Songwriting Competition and 3- time Finalist of the UK Songwriting Contest. His soaring career as an artist includes numerous collective performances, and recordings with such world-renowned musicians as Steve Vai, Larry Coryell, Al Di Meola, Jennifer Batten, Marco Mendoza, Heather Headley, Paul Wertico, Djivan Gasparyan, Daniel “Pipi“ Piazzolla, to name a few.

“Roman is a magnificent guitarist and 'the real soldier' who has perfect feeling of my music along with phenomenal technique”. – Steve Vai noted.

Roman Miroshnichenko was born in 1977, and his first musical experience was on drums. However, when he was fourteen, he became interested in jazz-fusion, heavily influenced by such guitar legends as John McLaughlin, Paco De Lucia, Larry Coryell, and Al Di Meola. In 2002, Roman founded his band and has been touring regularly since then all across Europe, Asia, and the USA.

Formerly, Roman played in a duo with ‘Godfather of fusion’ Larry Coryell, who has impressed on Roman’s playing: “It is a wondrous aspect of the modern guitar evolution that a young Russian could faithfully embrace the Spanish/Gypsy culture with such accuracy.”

In 2013 Hal Leonard Books released “The Great Jazz Guitarists” encyclopedia, the most comprehensive guide to jazz guitarists ever published (from Django Reinhardt to Les Paul, Jeff Beck and beyond) with information about Roman Miroshnichenko.

Since 2017, Roman Miroshnichenko is an international projects director of the biggest in Europe guitar festival «World of Guitar», held in Russia.

In 2018 Roman Miroshnichenko toured with the ex-guitarist for Michael Jackson- band member of all three of his world tours- Jennifer Batten. In 2019 he toured with jazz drummer Paul Wertico, who gained recognition as a member of the Pat Metheny Group and with the ex-member for Whitesnake and Thin Lizzy – Marco Mendoza.

Fira B! Will hold 34 concerts and 18 stage performances from 11 to 14 November in Palma