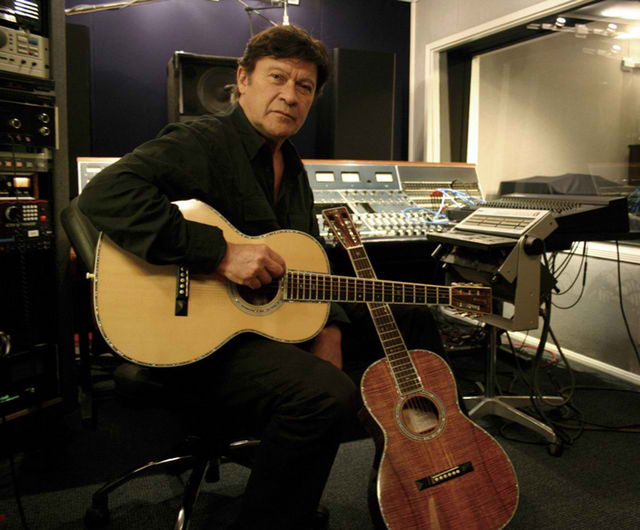 slideshow
LIVE DATES TO INCLUDE FESTIVAL AND TELEVISION APPEARANCES; HOW TO BECOME CLAIRVOYANT OUT APRIL 5

According to Rolling Stone, Robbie Robertson is planning several live shows with backing from Dawes. The live performances are said to include television and selected festival dates in support of Robertson's upcoming solo album How To Become Clairvoyant, out April 5.

Says Robertson, “[My manager] came up with the idea of maybe working with them if I was going to do some TV things. We had a rehearsal a couple weeks ago in L.A. and ran over a few tunes, and it just felt pretty natural. They're really good and they're a band—it's different than just getting a bunch of individual musicians and trying to make them click and blend. The guys are already in the blend, so that's great. They're all at the top of their game. I'm the one that's a little rusty."

Robertson adds, “Some bands today have the experience of really working together and honing their craft. And other bands are very much like, “I just got a guitar for Christmas, let's start a band.' And you can hear the difference. You can hear a certain experience in some groups and it just feels grounded and when they play it's such a strong unit. Even if they're trying to not play as a strong unit there's something that just works together—they know what works."

How To Become Clairvoyant is Robertson's fifth solo album and first in a decade. Guitar virtuosos Eric Clapton (who co-wrote three tracks with Robertson), Tom Morello and Robert Randolph guest on the album, which Robertson co- produced with Marius de Vries. How To Become Clairvoyant also features Steve Winwood and Trent Reznor, as well as vocalists Angela McCluskey, Rocco Deluca, Dana Glover and Taylor Goldsmith of Dawes. Bassist Pino Palladino and drummer Ian Thomas lay down the groove throughout.