Maximize your visibility at All About Jazz by upgrading your musician page from standard to premium. With it, you'll receive All About Jazz home page exposure, a highly stylized / ad-free musician page with bonus features and benefits, an ad, plus you control where you sell your music and so much more.
Learn More
119

Reed/Woodwind Multi-Instrumentalist Charles Pillow Interviewed at All About Jazz 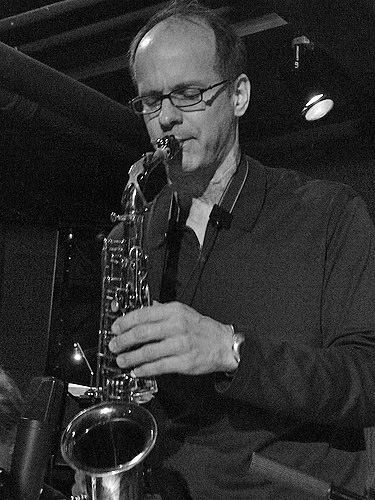 slideshow
Charles Pillow is a musician's musician who works with diverse ensembles from jazz to pops to classical, small group to large ensemble, straight-ahead to avant-garde. He grew up in Baton Rouge, La., and studied music at the Eastman School of Music in Rochester, before eventually settling in the New York City area as a working professional.

Pillow ventured into forming his own groups for recording with the 1997 release of Currents (Challenge Records), featuring Tom Harrell. In This World (Summit, 2001) provided hints of things to come with an inventive set of ensemble work that were striking in the way tunes were altered to suit Pillow's various creative purposes. Not long after, he ventured into unique recordings in which he took extended compositions from the standard classical repertoire, such as Mussorgsky's Pictures at an Exhibition and Holst's The Planets deconstructed them, and constructed new improvised structures all his own. His way of composing is as old as antiquity and as new as postmodernism. Like a sculptor of sound, he takes whatever material is at his disposal and shapes it into a structure, which in his case also allows himself and his players to improvise at the moment of creation, which is the essence of the jazz tradition.

All About Jazz contributor Victor L. Schermer spoke with Cloud about his many collaborations, the practicalities of life as a working musician, and his approach to bringing the music of great classical composers into the jazz continuum.

Check out Charles Pillow: Sound Crafter at All About Jazz today!