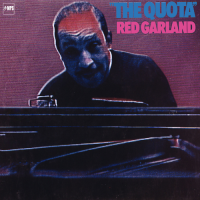 slideshow
Pianist Red Garland is best known as the pianist Miles Davis hired in 1955 when pianist Ahmad Jamal turned him down. Davis admired Ahmad's modernist, bluesy swinging style on the keyboard, so much that he recorded songs such as Surrey With the Fringe on Top, A Gal in Calico and Billy Boy with Garland playing virtually the same way as Ahmad's earlier recordings.

As Ahmad told me in an interview a few years back, “I was the leader of a group at the time and Miles was a leader. Why should I join his group and give that up any more than he should join my group?"

Both Ahmad and Davis thrived during the 1950s. So did Garland, who played behind Davis and John Coltrane while also recording superb leadership albums for Prestige. It's important to note that Garland wasn't an Ahmad Jamal clone. Both pianists could swing effortlessly, both loved the high end of the keyboard when soloing and both used their left hands as punctuating accompanists for the right hand. In most cases, Garland was meatier and more dramatic than Ahmad, often using single-line improvisation that climaxed in waves of block chords during solos.

Garland recorded for Prestige from 1955 to 1962—from Musings of Miles (1955) to When There Are Gray Skies (1962). Then there was a nine-year gap in his discography. During this period, Garland moved to his hometown of Dallas, Texas, to take care of his ailing mother. When he returned to the studio in May 1971, he recorded two albums— Auf Wiedersehen and The Quota.

Strangely, these albums were recorded in New York by American producer Don Schlitten (above) but released by the German MPS label in 1975. My guess is that the albums were recorded when Garland wasn't signed to a label, and then the tapes were shopped around, with MPS picking up the rights. Of the two albums, The Quota is clearly the superior recording.

What makes The Quota so dynamic is the inclusion of tenor saxophonist Jimmy Health, who also plays soprano sax on two tracks—Henry Mancini's For Carl and Love for Sale. The other musicians here in addition to Garland (p) are Peck Morrison (b) and Lennie McBrowne (d). Garland always seemed at the top of his game when going head to head with a bossy saxophonist. Heath doesn't disappoint. His driving tone and improvisation gives Garland a chance to run around his notes as well as deliver bold solos.

The remaining tracks on the album are Health's title track, The Days of Wine and Roses, Tadd Dameron's The Squirrel and On a Clear Day, an extraordinary up-tempo rendition with Heath soaring and a swinging Garland driving your right foot cray.

Garland would go on to record for Galaxy, Muse and Baystate as well as a few other labels. It's hard to know how Garland would have fared in the 1960s had he not been off the scene for so long. Odds are he would have been pressured into recording “hits of the day" albums. Then again, Red Garland Plays Burt Bacharach and Hal David or Garland on Broadway might have been compelling. Imagine an ultra-slow People by Garland, akin to Since I Fell From You from It's a Blue World (1958). Or an up-tempo I Say a Little Prayer with block chords. We'll never know. What we do know is that Garland had his chops together on The Quota.

JazzWax clips: Here's On a Clear Day, with Jimmy Heath on tenor saxophone...