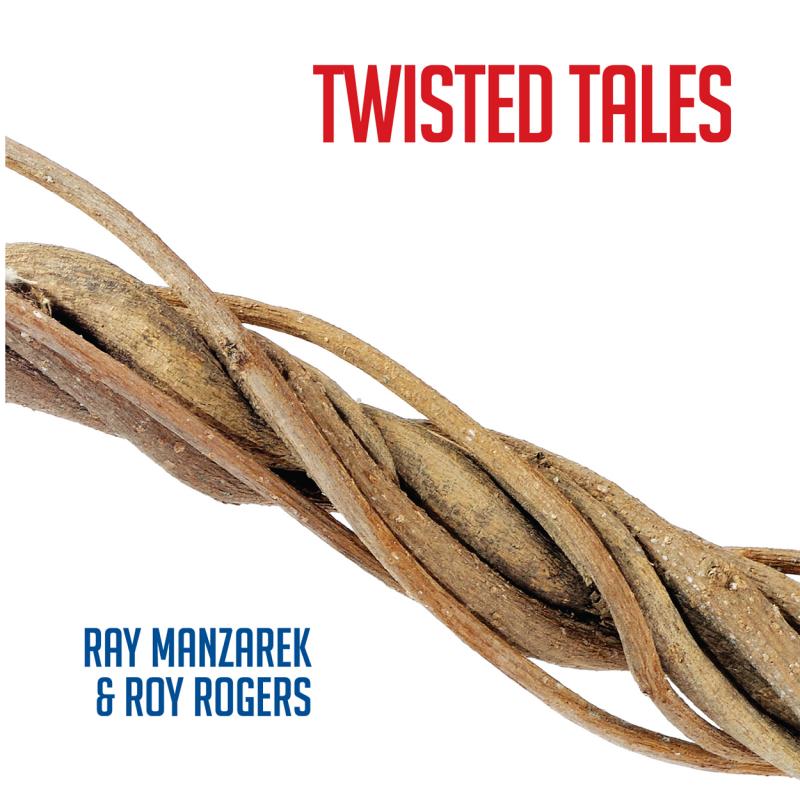 Nevada City, CA: Ray Manzarek and Roy Rogers have received no shortage of kudos since they first recorded together five years ago. Ray Manzarek’s signature keyboard sound was a cornerstone of The Doors - one of the most iconic rock bands of the 60's. An inductee into the R&R Hall of Fame - he certainly needs no introduction. In the pantheon of music, The Doors’ music continues to be one of the most revered rock song catalogs of any band. Slide guitarist Roy Rogers has been lauded not only for his own recordings but for his long-time collaboration with harmonica master Norton Buffalo as well as his producing of 4 CD projects for blues icon John Lee Hooker and folk legend Ramblin’ Jack Elliott. He is well known worldwide for his mastery of slide guitar and has received 8 Grammy nominations for his work as artist and producer.

“In our last meeting together before his passing, Ray and I were both very excited about the upcoming release of Twisted Tales. We signed off on the artwork and agreed that it should be released sooner than later. So, honoring that decision, I have proceeded with the release. We both were proud of this recording and hope that people enjoy it. This recording is dedicated to Ray’s memory” —Roy Rogers

In 2011 Manzarek-Rogers released Translucent Blues- a blues-rock collection of songs tinged with poetry and literary references. The project reached #1 on the Americana Roots chart and debuted at #6 on the Billboard blues chart. The lyrical contributions came from such diverse co-writers as Jim Carroll, Warren Zevon and poet Michael McClure, among others. Twisted Tales draws from some of those same writers to tell very different stories. Featured musicians are Kevin Hayes on drums, formerly with the Robert Cray Band; Steve Evans on bass who has performed with the Elvin Bishop Band; and George Brooks on saxophones, who has performed with John McLaughlin and Zakir Hussain.

The new release is a collaboration of keyboard and guitar sounds that merge with stories, images and art. These two amazing musicians create an intoxicating; plush sound that is - more than unique. Manzarek and Rogers are seemingly an odd pairing - but their new recording unleashes a stunning musical landscape for the listener - this music will ‘take you for a ride’… There is a full-length documentary film to be released examining their unique collaboration and friendship in depth this fall.

Twisted Tales is destined to become a classic, not only as Ray Manzarek’s last recording, but also as a definitive work of two great artists. Available at manzarekrogersband.com Amazon and iTunes and retailers nationwide.