SOURCE: ALL ABOUT JAZZ
February 4, 2009
Sign in to view read count 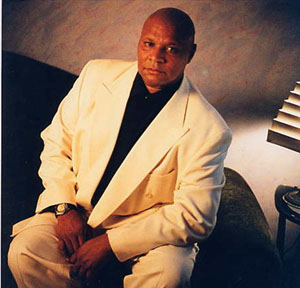 Brown, Jr., whose current SRI Jazz Records all-star duets release, Friends And Family has been one of the most added records at jazz radio since its late fall release, will re-unite nearly all the world class vocalists and musicians who appear on his album, including Dr. John, Jane Monheit, Freda Payne, Melba Moore, Maria Muldaur, Sophie B. Hawkins, James Moody, Kim Hoyer, David Somerville, Sally Kellerman, Terry Gibbs and his nine year old daughter, Haylee. In addition to songs from the record, a special tribute to saxophonist David “Fathead” Newman, who recently passed away, will be part of the evening.

This one-time-only benefit concert, which kicks off a major tour for Brown, Jr., will be taped for a PBS television special. Brown, Jr., whose father was legendary jazz bassist, Ray Brown, has also partnered with Global Green and Active Music to focus attention on a one-of-a-kind green Baldwin grand piano signed by the artists who appear on his record, as well as New Orleans native and Rock and Roll Hall of Fame icon, Fats Domino, among others. The eco-friendly piano, which will be transported from Los Angeles to New Orleans for the show, is the first-ever (and only) instrument of its kind made from wood legally harvested from areas that pose no threat to conservation-valued forests. No civil rights were violated during its collection. A special announcement will be made during the concert naming the corporate sponsor who has purchased this valuable instrument. The proceeds from that sale will go towards Project Holy Cross (dedicated to helping rebuild New Orleans Lower Ninth Ward) and Global Green USA’s climate change initiatives.

“Friends And Family”, Ray Brown Jr.’s third album, juxtaposes unconventional song choices and arrangements and matches the versatile singer with a group of bona fide “superstar” vocalists and world class musicians. The album marks two significant firsts—Ray singing with his parents on “How High The Moon” and, with his nine year old daughter, Haylee, on her debut recording, “A-Tisket-A-Tasket”.

Bob Collins, nationally respected host of WRHU’s Jazz Caf, said, “This CD is a gem...fabulous singing…superb musicianship…and sensational songs…the whole album is just fantastic. I’m in love with this CD.” Van Alexander, co-author of “Tisket-A-Tasket”, echoed Collins’ sentiment: “…Ray Jr’s got the rhythm and feel of his mother and father and the voice to go with it. What a great idea for him to do duets with other great singers.”

Brown, Jr. will announce his line-up of special guests for the April 25 gala in the coming weeks. They will join his universally respected band of pianist Joel Scott, bassist Jose Marino, guitarist Federico Ramos and drummer Enzo Tedesco.