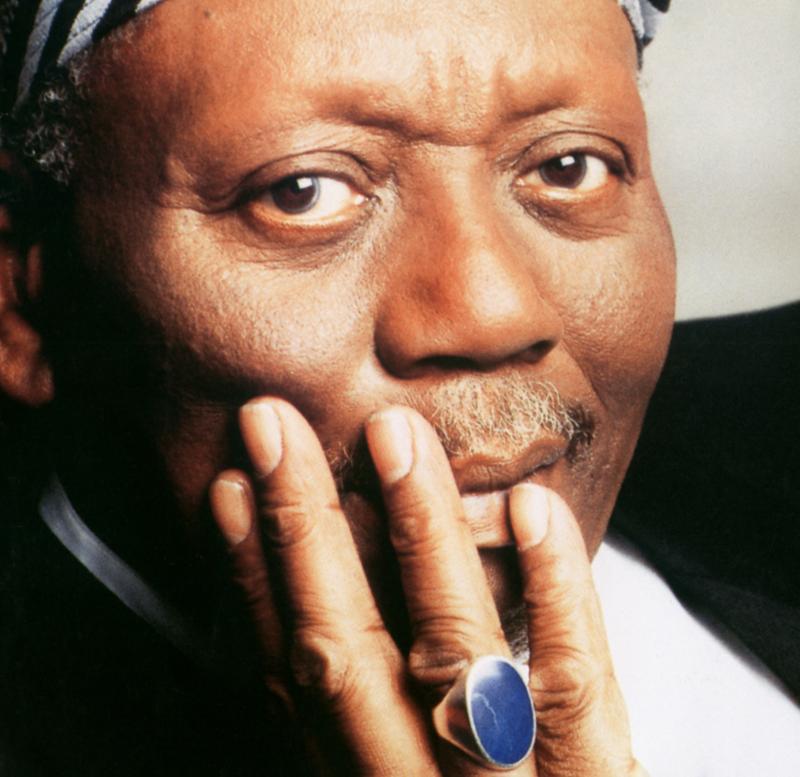 slideshow
Jack Kleinsinger’s Highlights In Jazz, New York’s longest running jazz concert series, concludes its 43rd season on Thursday June 11, 2015 at 8:00 PM in the Tribeca Performing Arts Center at Borough of Manhattan Community College, 199 Chambers Street, NY, 10007 with Jazz Past & Present, a multigenerational double bill featuring the incomparable duo of, pianist Randy Weston and tenor saxophonist Billy Harper, performing a program including selections from their critically acclaimed album The Roots of the Blues. Sharing the bill with NEA Jazz Master Weston, who celebrated his 89th birthday in April, will be the Highlights In Jazz New Stars, a youthful quintet of twenty-somethings assembled by Kleinsinger himself to feature some of his favorite up and coming young jazz players—saxophonist Steven Frieder, trumpeter/vocalist Benny Benack III, pianist Dylan Meek, bassist Devin Starks and drummer Kostas Galanopoulos.

Making his first Highlights In Jazz appearance, NEA Jazz Master Randy Weston embodies the history of jazz past and present in his uniquely original playing—from the swing of Duke Ellington to the bop of Thelonious Monk and onward with his own perennially modern music. A tireless proponent of the African roots of jazz, his sound is steeped deep in the blues, as evident in his latest critically acclaimed Sunnyside recording The Roots of the Blues, which features his partner on the program, veteran tenor saxophonist Billy Harper. The album, which is comprised of a baker’s dozen of piano/saxophones duets ranging from jazz classics like “Take The A Train,” “Body and Soul” and “How High The Moon” to Weston’s own engaging originals such as “Blues To Africa” and “Berkshire Blues” has been hailed by Downbeat for its “intimacy and warmth.” Weston says of Harper, with whom he has played for more than 40 years, “Billy is a great blues player. When he plays the tenor it’s like an orchestra.” Together the pair will bring the history of jazz to life.

The program will also include the Highlights In Jazz New Stars, a youthful quintet handpicked by Kleinsinger to participate in this program. The veteran producer declares “I’m very excited about the concert because I’m having some of my kids, people who played with us when they were (just) students at the New School and the Manhattan School of Music and Julliard. He beams, “The kids are great. Benny Benack—he’s a trumpeter and a scat singer that’s extraordinary. Steven Frieder possesses a big warm sound reminiscent of the legendary tenor sax giants of the past and Dylan Meek, already an acclaimed recording artist and jazz club attraction on piano. Devin Starks is a bass player who plays with Charles Tolliver. He’s also a youngster. And so is drummer Kosta Galanopoulos, who is still at the New School... You know it’s important to me because a lot of younger musicians that are not so young any more, got their start with Highlights In Jazz; Kenny Washington, Gregory Hutchinson, Peter Bernstein and so many others.” Bennie Benack feels honored to be one of the musicians selected to join that lineage. He proclaims, “Jack Kleinsinger has been highlighting the next generation with his support for years, and it's humbling to be included in one of his patented All-Star groups, this time featuring some guys we're all going to be hearing about for decades to come..."

And of course, as in all Highlights In Jazz concerts there will be a surprise special guest. Kleinsinger notes with justified pride that past surprise appearances have included, Cab Calloway, Dizzy Gillespie, Stan Getz, Gerry Mulligan and Branford Marsalis and other jazz greats. “You know,” he says, “it doesn’t get any better than that!”