A signature event of the fall foliage season in western New England, the festival lineup includes the first pairing of 6-time Grammy winner Randy Brecker with the Greg Hopkins Jazz Orchestra; a return engagement by guitar virtuoso Frank Vignola; the annual 'jazz crawl;' and a new discovery in the organization’s Jazz Prodigy series. 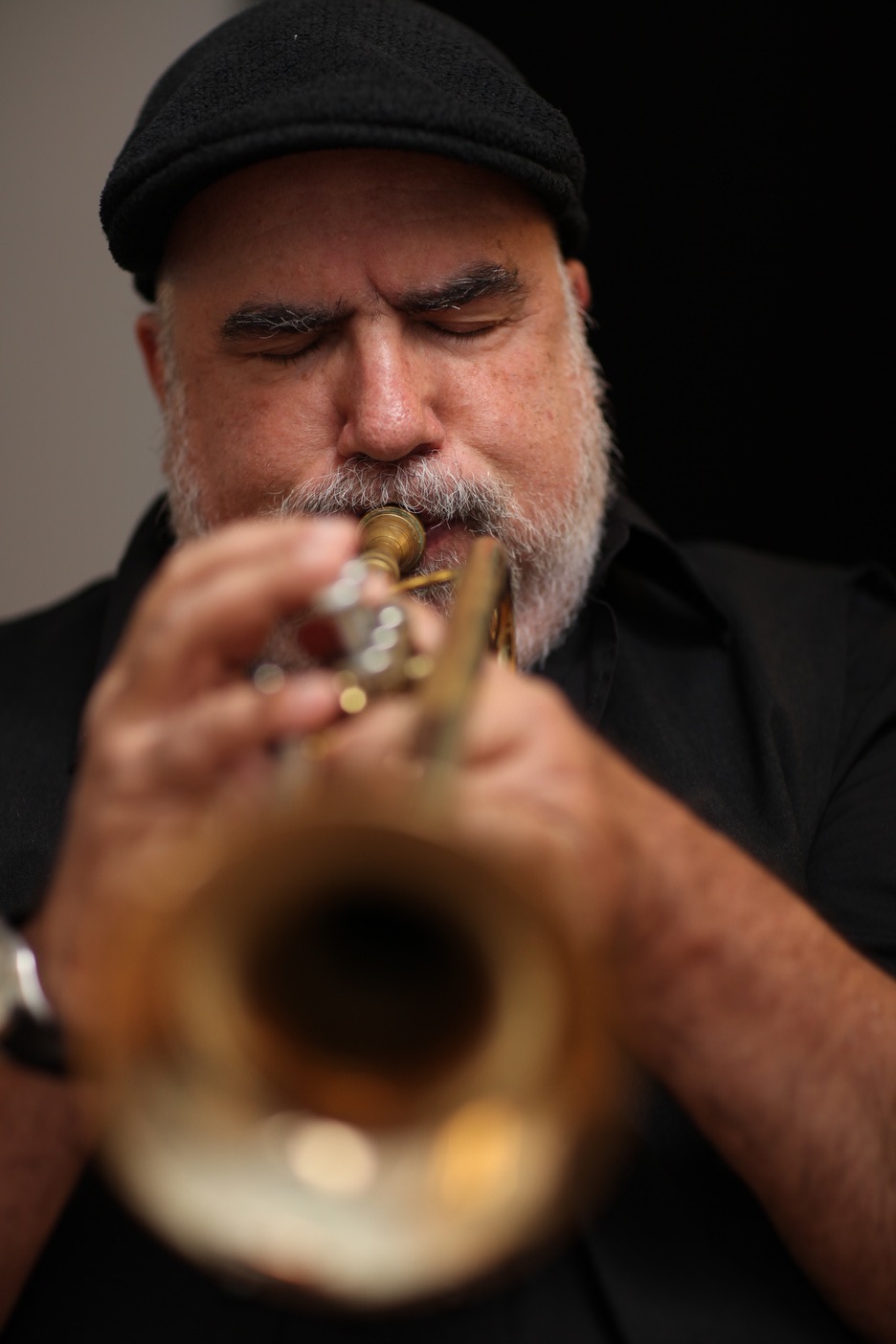 slideshow
Berkshires Jazz, which organizes and presents festivals, concerts, and other jazz events in Berkshire County, has announced the lineup for the 11th annual Pittsfield CityJazz Festival. A signature event of the fall foliage season in western New England, the festival runs Oct. 9-18, 2015. The wide-ranging lineup includes the first pairing of 6-time Grammy winner Randy Brecker with the Greg Hopkins Jazz Orchestra; a return engagement by guitar virtuoso Frank Vignola; the annual “jazz crawl;” a new discovery in the organization’s Jazz Prodigy series, and more.

Things kick off on Columbus Day weekend, with Jazz About Town, the annual jazz crawl featuring local musicians in restaurants and lounges throughout Pittsfield’s Upstreet Cultural District. The Oct. 9-11 weekend concludes with a Sunday jazz brunch. Dates, details, and locations will be posted at Berkshires Jazz.

Festivities continue with the mid-week Jazz Prodigy concert on Oct. 14, and headline weekend Oct. 16-17. Throughout the Pittsfield CityJazz Festival, a local group of professional musicians, the Pittsfield Sister City Jaz Ambassadors, visits elementary and middle schools in the county, educating and entertaining students.

The 12-year-old pianist Esteban Castro is this year’s prodigy, thanks to a recommendation from Jazz House Kids. A nationally respected program, Jazz House Kids was also the proving ground for alto saxophonist Zoe Obadaia, who appeared in the festival’s Jazz Prodigy in 2013, and went on to Juilliard on full scholarship. Having been invited to play at New York’s legendary Kitano Hotel at the age of 9, Castro has been a standout participant of the Jazz House Kids program, as New York-area jazz followers are learning. His Pittsfield appearance takes place on Wednesday, Oct. 14, at 7pm at the Berkshire Athenaeum. Free admission, sponsored by the Friends of the Athenaeum.

The exciting, creative sounds of jazz guitar will fill Baba Louie’s Backroom on Friday, Oct. 16, starting at 7pm. Frank Vignola is one of today’s most extraordinary guitarists. His stunning virtuosity has made him the guitarist of choice for many of the world’s top musicians, including Ringo Starr, Madonna, Donald Fagen, Wynton Marsalis, Tommy Emmanuel, the Boston Pops, the New York Pops, and guitar legend Les Paul, who named Vignola to his “Five Most Admired Guitarists List” for the Wall Street Journal. Vignola’s jaw- dropping technique explains why the New York Times deemed him “one of the brightest stars of the guitar”.

With more than 1,000 engagements in the last five years alone, Frank Vignola has become one of the most popular and sought after guitarists on the international music scene. He conducts clinics, masterclasses and workshops at music universities all over the world including Juilliard and Boston University. In Pittsfield, he will conduct one program at Reid Middle School, and another public clinic at Wood Brothers Music (Saturday, Oct. 17). Tickets are $25 in advance, $30 on the day of the event, dinner available separately. Advance purchase strongly advised, available Berkshires Jazzonline.

Jazz trumpeter and composer Randy Brecker has helped shape the sound of jazz, R&B and rock for more than four decades. His trumpet and flugelhorn performances have graced hundreds of albums by a wide range of artists from James Taylor, Bruce Springsteen and Parliament/Funkadelic to Frank Sinatra, Steely Dan, Jaco Pastorius and Frank Zappa.

Randy ventured into jazz-rock with the band Blood, Sweat and Tears, leaving to join the Horace Silver Quintet. Later, with his brother Michael on saxophone, the Brecker Brothers Band had immeasurable impact and influence, releasing six albums on Arista, garnering seven Grammy nominations between 1975 and 1981.

In 1997, Into the Sun, a recording featuring Randy’s impressions of Brazil, earned the trumpeter his first Grammy as a solo artist. His 2008 album Randy in Brazil was recorded in Sao Paulo with a full complement of great Brazilian musicians. Chosen one of the top 10 CDs of 2008 by AllAboutJazz.com, the CD won the Grammy for “Best Contemporary Jazz Album,” his fifth of six Grammy Awards under his own name.

As a composer, performer and in-demand Yamaha clinician, Randy Brecker continues to influence and inspire young musicians around the world. He appears as guest soloist with the Greg Hopkins Jazz Orchestra on Saturday, Oct. 17 (Colonial Theatre, 8pm)

Conductor, performer, composer and arranger Greg Hopkins first picked up the trumpet as a boy in Detroit, and to this day it would be hard to spot him without his horn. Hopkins plays even when caught in traffic on commute to Berklee College of Music, where he’s been teaching since 1974—the year the London Times called him “a real find” for the Buddy Rich Orchestra.

His own 16-Piece Jazz Orchestra CD Okavongo is out on the Summit label, as is his quintet CD Quintology, featuring Bill Pierce, Mick Goodrick, and Gary Chaffee. His busy teaching and performing schedule takes him all over the world doing concerts, festivals, jazz club dates, and clinics. A Professor of Jazz Composition at Berklee College of Music, Hopkins has developed and teaches several courses in composition and also directs the Berklee Concert Jazz Orchestra, one of the most prestigious performing ensembles at the school.

Hopkins works often with his 16 Piece Jazz Orchestra, and also performs regularly with his quintet, and Tim Ray's trio, Tre Corda. He began his professional career in 1965, freelancing in the Detroit area for such acts as the Temptations, Marvin Gaye, and Gladys Knight.

In addition to the headline performers, two student groups will appear that evening: the Herberg Middle School Jazz Ensemble and the jazz ensemble from the Rock On Music Camp that is held annually in Pittsfield. Tickets for the Oct. 17 headline concert with Randy Brecker and the Greg Hopkins Jazz Orchestra are available at The Colonial Theatre.

Berkshires Jazz, Inc. is a 501c3 non-profit organization whose twofold mission is to present jazz events and promote jazz education in Berkshire County, in western Massachusetts.