Praising Ringo Starr One Drummer to Another Happy Birthday 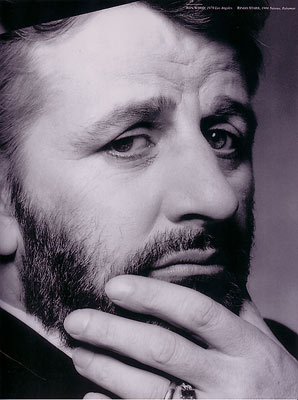 slideshow
The Beatles maintain a stronghold on the imagination and hearts of music lovers. They win over new generations without trying, and their appeal shows no signs of waning. So when Ringo Starr turns 69 on Tuesday, his status as one of rock's most renowned drummers is secure, if only by association with the greatest show on earth.

Yet inexplicably, Starr's legacy is clouded by misconception and ignorance. Some say he was the luckiest guy on earth, a competent player who stepped into a million-dollar quartet. Why the bum rap? Was it because he didn't overplay and shunned solos? Or was it his unassuming, Everyman countenance?

Think about it: Could The Beatles have conquered the world with a mediocre sticksman?

John Lennon, Paul McCartney and George Harrison found in Ringo an ironclad timekeeper who rocked and swung like mad, with style, imagination and versatility. He was the secret weapon of the best band of all time.

He hit the ground running in 1963 on I Saw Her Standing There with a steady, exciting pulse. This is “How to Groove With Your Bandmates 101," as he established a brotherhood with McCartney's fluid bass and Lennon's underrated rhythm guitar.

Within months, Ringomania shifted into high gear with She Loves You, where he introduced the electrifying sizzle of high-hat cymbals that gave the early Fabs' discs a unique imprint. Later that year, Starr helped reinvent Chuck Berry's Roll Over Beethoven, with a fierce backbeat and a joy-of-life fervor. No other records sounded like this at the time, because no other drummers played like this before.

His influence spread like wildfire when The Beatles appeared on The Ed Sullivan Show on Feb. 9, 1964. Perched on his riser, Ringo was clearly in the driver's seat, and it was apparent that his membership in this exclusive fraternity owed as much to his exuberant persona as his musical prowess.