Home » News » Popular trio does it again – with charm and excellence

Popular trio does it again – with charm and excellence 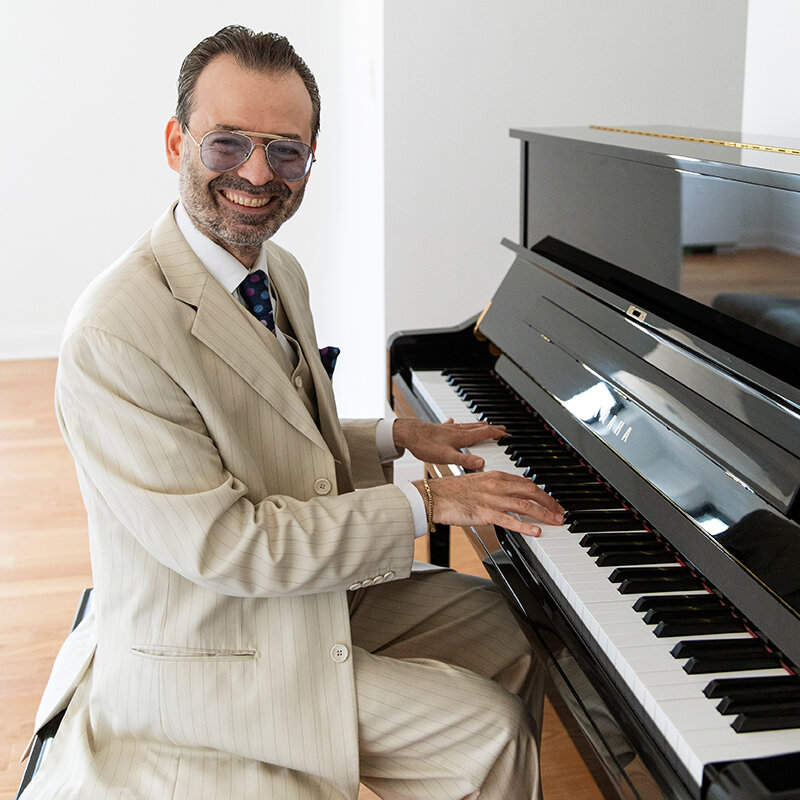 Drummer Eddie Metz Jr., bassist & singer Nicki Parrott and piano marvel Rossano Sportiello were happy to be back in front of a live audience. In this case, it was a packed house of more than 220 fans at Gulf Theater at The Military Heritage Museum in Punta Gorda FL.

Sportiello's stunning keyboard techniques were evident from the opening bars as he explored “Chicago, (That Toddlin' Town)” and the Gershwin brothers' “But Not For Me,” the latter as an up-tempo burner with a honky-tonk flavor. Later in the program, Benny Goodman's “”If Dreams Come True” was another new treat. Unike past visits, he didn't include anything from his dazzling classical repertoire but it wasn't needed.

Parrott, a talented jazz import from Australia who spent 10 years working with guitarist Les Paul at Iridium in Manhattan, is a fine bassist and charming singer. On this night, she opened her feature segment with three songs written by or popularized by Peggy Lee: “Fever,” “Skylark” (written by Hoagy Carmichael with lyrics by Johnny Mercer) and “It's a Good Day.” Day wrote the latter song with her husband Dave Barbour in 1946.

Later in the program, she was showcased on the Ella Fitzgerald hit “Mr. Paganini,” Nat King Cole's “Straighten Up and Fly Right,” Michel Legrand's “I Will Wait For You” from the French musical “The Umbrellas of Cherbourg,” and a classic Cuban pop song that became a hit for Bing Crosby, Nat King Cole and Doris Day. That one was Osvaldo Farrés' “Quezás, Quezás, Quezás”- better known to U.S. audiences as “Perhaps, Perhaps, Perhaps.”

Orlando-based Metz is a swinging drummer who can drive hard or add subtle touches as the moment require, shifting with ease between sticks, mallets, brushes and hand drumming. He was featured on“Shoe Shine Boy,” written by Saul Chaplin and Sammy Cahn, and a Count Basie band feature for tenor saxophonist Lester Young. It was a fitting choice. When Michigan native Metz was a 20-year-old music student at William Paterson University, Basie hire him to play drums in his powerhouse band for six months.

Sportiello provided three of the evening's finest moments. He explored Erroll Garner's instrumental classic “Misty” in the middle of the first set with crystalline delicacy. He followed it with a teasing stride-piano improvisation that seamlessly led into the Stevie Wonder hit “Isn't She Lovely.” Lovely indeed.

Late in the second set, the pianist had an extended “Sound of Music” moment, opening with an intimate solo exploration of “Edelweiss” that led into a tension-building trio take on “Climb Every Mountain” from the Rodgers and Hammerstein musical/film score, before resolving with a brief and gentle “Edelweiss” tag.

The trio brought this fine evening to a close with W.C. Handy's “St. Louis Blues,” a regular feature that showcased their instrumental talent.

In the face of the continued pandemic, which brought an early halt to one CCJS concert season and cancellation of another, this night was a reminder that Sportiello shared with the audience: “Music is the one thing that will carry us through the hardest times.”