Pollstar: Brian Blade Coming to the Touhill in February, 2010 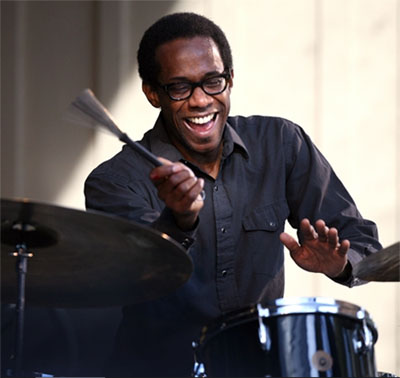 Most recently, Blade has been a member of saxophonist Wayne Shorter's quartet, and in addition to leading his own bands, he has performed and recorded with many other well known jazz and rock musicians, including Branford Marsalis, Kenny Garrett, Joshua Redman, Joni Mitchell, Bill Frisell, Ellis Marsalis, Norah Jones, Emmylou Harris, Daniel Lanois and Bob Dylan. Blade's latest CD, Mama Rosa, changes things up a bit, spotlighting his talents as a singer, guitarist and songwriter.

As always, listings on Pollstar should be considered unconfirmed until officially announced by the presenter and/or venue. The Touhill's Web site says that season subscriptions will go on sale June 22.