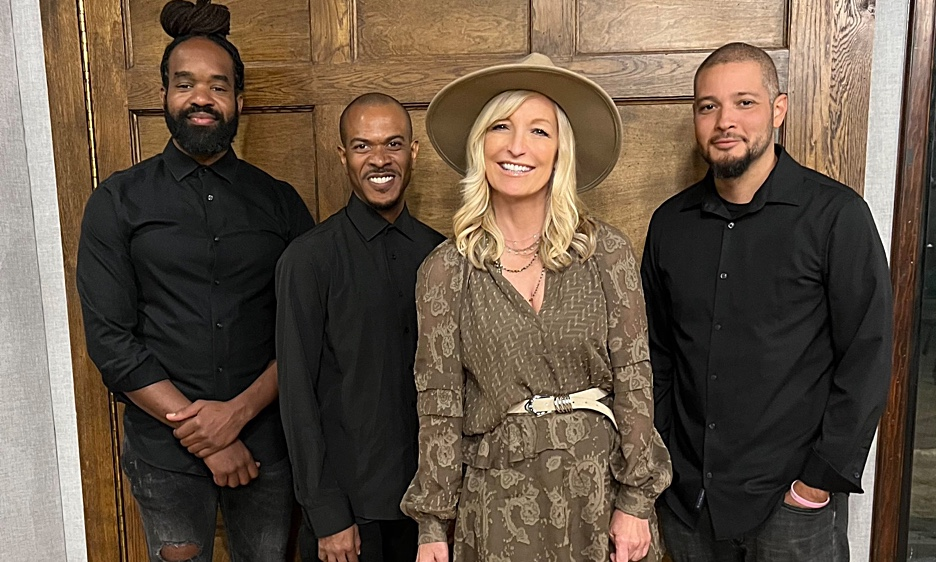 “I think we all need jazz in our lives these days,” composer, pianist, bandleader and producer Lisa K. Hilton writes in the liner notes for her 26th release, Paradise Cove (Ruby Slipper Productions). “From its inception ragtime, jazz and blues were created to boost moods or morale by America’s earliest composers, such as Scott Joplin, Ferdinand “Jelly Rolly” Morton or Nick La Rocca in the early 1900’s. Our world today desires and deserves a lift after the last couple years, and with the music of Paradise Cove we aim to boost spirits everywhere.”

Hilton’s 26 recording debuts her dynamic new L.I.L.O quartet with Hilton on piano, trumpeter Igmar Thomas, bassist Luques Curtis and drummer Obed Calvaire. (L.I.L.O. for their first initials). Hilton has performed with the in-demand bassist Luques Curtis regularly for several years, but the charismatic trumpeter Igmar Thomas, Curtis’s former roommate at Berklee College of Music, is a compelling addition, complimenting Hilton’s fluid style and bluesy riffs. Drummer Obed Calvaire, who regularly works with SFJAZZ Collective as well as Wynton Marsalis, contributes considerable creativity to this cohesive band. After recording at The Village Studios in Santa Monica, California Hilton declared, “I bet anyone listening will hear the enjoyment we had!” Hilton chose the title Paradise Cove as a reference to our cultural need to find a ‘cove’ or protected spot in our personal lives on a daily basis to escape, revitalize, or reboot and to create a ‘paradise’ or state of grace amid today’s fast-moving times.

The nine original tracks and two cover tunes range from the expressive melodicism of “Another Simple Sunday With You”, and the title track “Paradise Cove”, to the wildly upbeat blowing on Dizzy Gillespie’s 1957 jazz classic “Birks’ Works,” Hilton’s own “Blues Vagabond” as well as her “Fast Time Blues.” These tracks exhibit plenty of the quartets improvisational fireworks along with some retro vibes. On a quieter note, the wistful cover of the Burt Bacharach/Hal David 1965 tune “What The World Needs Now is Love” and the moving “Storybook Sequel” showcase a band in touch with a range of emotions and performance styles. Hilton also includes a Latin tinge with the exuberant “Cha Cha Cha À La Carte” as well as the trio tune “Mercurial Moments,” which highlights excellent soloing by bassist Curtis and exciting drumming by Calvaire. “Mediterranean Dreams” is a more classical piece for the trio while “Night Cap and a Little Chaos” has an enticing noir energy that rounds out these vibrant and well-recorded tracks.

The music of Lisa Hilton draws on classic American jazz greats such as Duke Ellington, Thelonious Monk, Horace Silver and Count Basie, as well as blues heroes Muddy Waters and Robert Johnson. She is a prolific composer who records and performs with many of today’s jazz luminaries. Her 26 albums sit regularly at the top of the Jazz Week and other radio/streaming charts for the last two decades, drawing over a half million streams on Apple Music, almost a million streams on Spotify, and three million streams on Pandora. Hilton has performed at venues such as Carnegie Hall, San Francisco Jazz, The Smithsonian Institution, and Chicago’s historic Green Mill.

Hilton is also the creator and co-author of the popular children’s book, If Dinosaurs Were Alive Today (Price Stern Sloan), which she wrote with her sister, Sandra L. Kirkpatrick. The book was recently updated and published as a digital version by the same name. (ISBN – 9781667857428).