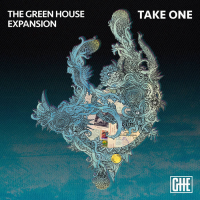 slideshow
The Green House Expansion was founded ONE year ago in Neukölln, Berlin. Their name comes from the multi-disciplinary artist studio/residence known as The Green House where the band rehearses and creates its compositions.

The four artists came together with the goal to bring Hip Hop and Jazz audiences together in a unique Berlin way.

“Jazz is like the grandfather. Funk would be the father. And that makes Hip-Hop the Grandchild." —Joel Holmes.

Female vocalists Mizmoni & Nanghiti are also featured on the exploratory project that simultaneously offers musical depth and a laid back vibe.