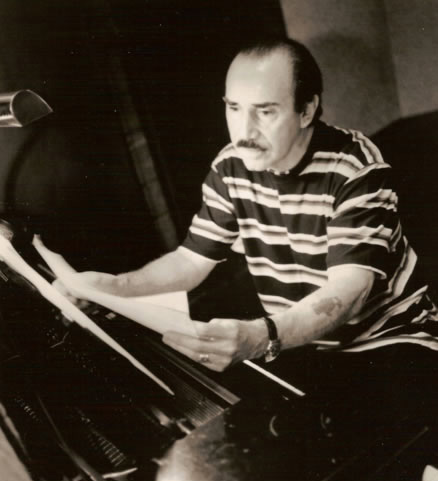 Omaha, Neb.—New Yorkers who wonder where Paul Serrato has gone and are worried that his music has left the city need not worry. Serrato has relocated Graffiti Productions to his hometown Omaha, Nebraska, and one of the first things he's doing is to release his new CD AlterNations, recorded in New York, on Saturday, January 21.

Although his new digs are considerably more pastoral than NYC, his music continues in his “urban jazz not by the rules" tradition. The arrangement of the offerings on “AlterNations" establishes a listening rhythm. The piano solos are interspersed among the band tracks giving listeners time to reflect between the full ensemble works.

These highly creative and talented bring a buoyant energy “Waltzing on the Hudson," the lush odyssey of “Meltdown" and the rollicking “My Place Tonight." “'My Place Tonight' is an original valentine to the traditional 32-bar song form arrangers used to love to arrange in the age of Broadway jazz," says Serrato.

The artists explore a freer, heated style in “Baghdad Blues" and “Spanish Flame" celebrating city living and giving the collection the feel of international intrigue.

“I believe music is a puzzle with many interlocking pieces. My compositions derive as much from enthusiasm for the contemporary chamber ensemble as the jazz line-up," Serrato said. “It is my conviction that, in art, taking chances is the antidote for fixed ideas," he added. “Fixed ideas signify rules. In search of discovery artists love to battle rules."