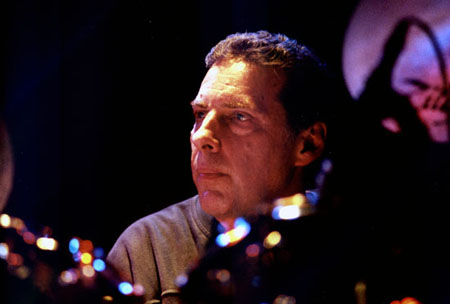 Jazz/funk/fusion legends THE HEADHUNTERS have announced a U.S. tour for November, with stops in NY, VT, MA, PA, ME, VA and NC. The seminal band is currently finalizing tracks for a compelling new CD, 'Platinum,' which will be released early next year by Owl Studios, featuring guest appearances by Snoop Dogg, George Clinton, Killah Priest, Del the Funky Homosapien and others.

Legendary Headhunters percussionist Bill Summers unabashedly previews the album in his own words: “2011 will mark the beginning of a new movement in music and jazz. The true fusion of Hip Hop, Jazz, Rap, Salsa, Rock, New Orleans, African rhythm and its classical forms. The Headhunters are steeped in the funk and jazz traditions. The groove is undeniable and the layers of rhythm, melody and spoken word in this release will raise the bar and set a benchmark for the world to follow. The truth of the matter is, we respect all forms of music and see a place in this unusual musical tapestry for every form of modern and ancient music forms. The project is entitled 'Platinum.' For some this is an award presented to those who achieve a feat of reaching one million units sold and certified. For us, Platinum is a self-proclamation of achievement for creating a project deserving of recognition and will be heard and appreciated by the millions of listeners world wide."

The Headhunters will kick-off a U.S. tour next month (final band line-up for the November tour will be announced soon). Confirmed dates are as follows: