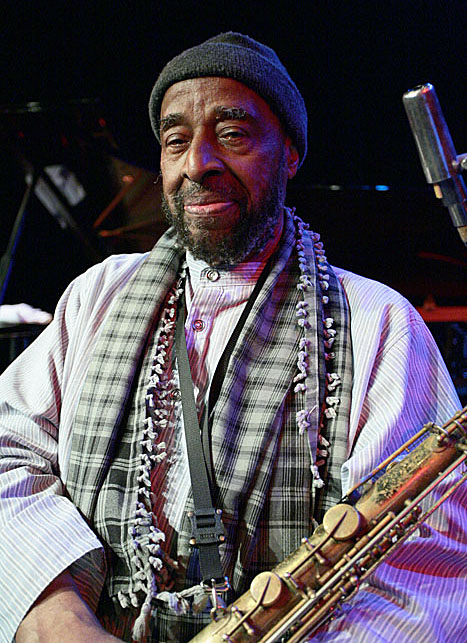 slideshow
At 92, Yusef Lateef continues to earn universal admiration not only for his artistry as a saxophonist, flutist, oboist and composer, but also for the warmth of his personality and eagerness to share his musical knowledge, which is wide and deep. Thanks to Rifftides reader Harris Meyer for alertingme—and you— to a recent installment of the radio program American Routes. Lateef told host Nick Spitzer about his career, his music and his philosophy. In his early development as a professional, like scores of other musicians Lateef came under the wing of one of the great teachers in jazz, Dizzy Gillespie. He talked with Spitzer about what he learned from Gillespie, Sonny Stitt and Cannonball Adderley, how he became a leader, and his faith’s influence on his music.

The interview is at the end of a two-hour broadcast of American Routes. The show on New Orleans station WWNO also contains performances by Robert Randolph, Lena Horne, Clifton Chenier and Aaron Neville, among others. It’s a gumbo. To hear the entire program, go here. To listen only to the Lateef segment, click on “Listen To Hour 2” and advance the Routes Radio slider to :38:56. The recording that ends the hour comes from Lateef’s 1961 album Eastern Sounds.

Then come back and watch a grainy kinescope from Japan featuring Lateef on oboe in 1963. His accompanists are the Adderley rhythm section: pianist Joe Zawinul, bassist Sam Jones and drummer Louis Hayes. Cannonball and Nat were off to the side, listening. The sound quality would send Rudy Van Gelder into shock, and the kinescope dies during Jones’s solo, but Lateef makes the clip worth seeing and hearing.