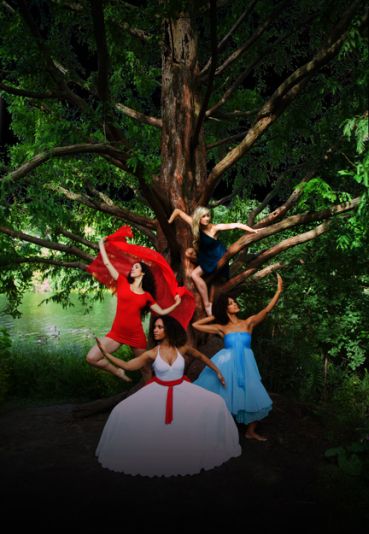 Os Elementos, presented by Toronto dance company The Dance Migration, is a show that should be coming to a town near you: a live, contemporary, Brazilian-inspired concert, featuring a group of ten dancers accompanied by a Brazilian band.

Adrianna Yanuziello is The Dance Migration's founder, artistic director, choreographer and dancer . She describes her vision for Os Elementos, the dance company's most ambitious event to date: “The stories of the four elements are from the Orixas, the Afro-Brazilian Gods of nature. We incorporate traditional movement, but go beyond that vocabulary by linking our contemporary abilities with the roots of Brazilian tradition. I gave the dancers the story behind each piece and the vibration or spirit of each god; it was very enjoyable to see them explore the themes of the Orixas as we rehearsed for this presentation."