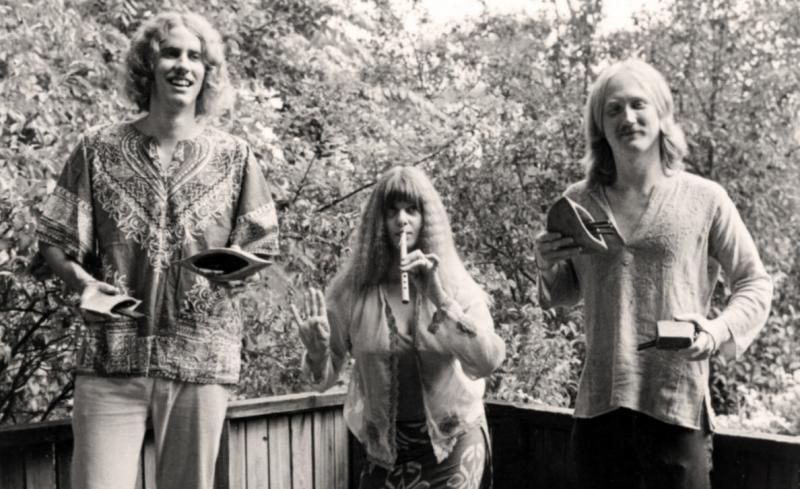 slideshow
On Sunday, April 19, the original line-up of the pioneering world fusion music group Ancient Future will perform together for the first time this century. Ancient Future was formed in 1978 by students at the Ali Akbar College of Music in San Rafael, California, including Mindia Devi Klein, Matthew Montfort, Benjy Wertheimer, and Phil Fong. Ancient Future's first concert took place to a packed house on February 11, 1979, at the original Sleeping Lady Cafe in Fairfax, California, then a vegetarian cafe and music club co-op that was the center of a vibrant local music scene.

This line-up of Ancient Future made two recordings that are now considered world fusion classics. In December, 1978, the band went into Tres Virgos Studio in Mill Valley to record Montfort's song Moonbath. The song became the springboard for the first Ancient Future record, Visions of a Peaceful Planet.

The concept for Natural Rhythms, the band's second record, grew out of a magical spontaneous recording session at a friend's recording studio near a frog pond. When Montfort and Klein noticed the sound of croaking frogs leaking into the studio, they were inspired to record them. Montfort went out to the pond with a zither and began to play, and found that certain rhythms produced musical responses. Several months later, Montfort and Klein went to Bali to study gamelan music. They were amazed to find paintings all over the island portraying Balinese rice paddy frogs playing gamelan instruments. They decided to extend their musical experiments to include the Balinese rice paddy frogs. Late at night, they gathered their musical Balinese friends, went out into the rice paddies, and jammed with the frogs. Again, some very magical moments of music were recorded, and became part of the Natural Rhythms release.