SOURCE: SOMETHING ELSE!
August 2, 2010
Sign in to view read count 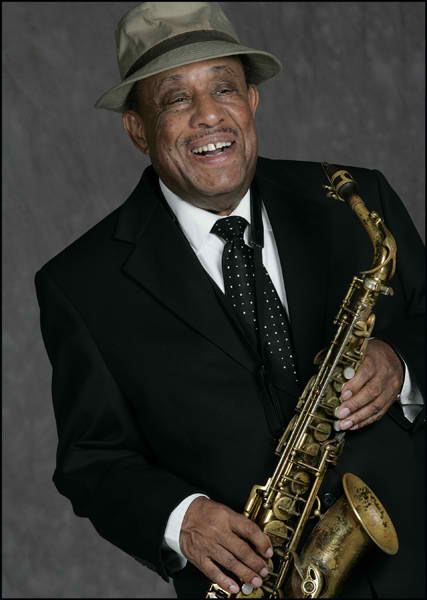 One of my favorite funk-jazz albums of all time isn't by a crossover act like the Crusaders or Herbie Hancock's Headhunters, but by a living giant of a jazz alto sax blower. I'm talking about Lou Donaldson.

Starting out as a very good Charlie Parker disciple leading bebop sessions on par with his most logical contemporary Jackie McLean, Donaldson always had a blues-based soulful and funky core that lead him to naturally down the path of electrified organ jazz starting in the early sixties. Incorporating the organ and guitar acumen of Baby Face Willette, John Patton, Grant Green, George Benson and Charles Earland, Lou's transition from bebop to soul-jazz was complete by the time of Alligator Boogaloo in 1967, and he spent the rest of the decade perfecting it.

Which brings us to this Lou Donalson record, which isn't even a proper album. Blue Note's The Best of Lou Donaldson, Vol. 2 documents that period of Donaldson that deserves the acclaim that his earlier work did. So maybe it doesn't contain any of the great bodies of bop work like Blues Walk (1958), even the earlier foray into grease like Here 'Tis, but it never pretended to be. As Nick once plainly said when we were raving about this album recently, “it's a party record." Donaldson wanted to established and then exploit the groove, nothing more, nothing less. And few have since done it as well.

The song Blue Note chose to place at the beginning was recorded just a few months after “Alligator Boogaloo." “Peepin'" was written by his organ player Lonnie Smith (nowadays that's Dr. Lonnie Smith to you), and Donaldson allows this to be exhibition for his amazing organ delivery. In fact, it's this song that first got me to explore Dr. Smith's own works later one as a leader.

“Peepin'"s a white hot slow-to-medium paced groove. Idris Muhammad shows why he's the best funk drummer on the planet; there's no solos, fills or breaks by him on this tune, but the subtly shuffling rhythm he maintains is where that heavy groove begins. After the head blurted out together by Donaldson and the great trumpeter Blue Mitchell a few times, the master B-3 player takes over. Smith's train of musical thought is so in the pocket and articulate without sounding bored in spite of its two minute length. The underrated Jimmy Ponder follows on guitar and like Smith, paces himself well, doesn't overplay and subjugates himself to the groove. Maybe he doesn't have the fluidity of Benson, but his gritty soul lines and stinging tone come straight out of Muscle Shoals. Donladson contrasts himself with long blues-drenched notes that possess just a hint of attitude. Interestingly, Mitchell doesn't take a solo, but Smith goes on to take a second one. Maybe Mitchell wasn't feeling it that day, but Smith most definitely was feeling it.

There's no question Donaldson figured out how to make people feel good without sacrificing the chops of himself or his badassed band. It's all displayed on that second Blue Note “Best Of" record, starting with “Peepin'" and eight other organ burners that are just as good or nearly as good. Next time you're throwing a party, spin this platter; here you'll find that the rare groove came often to Lou Donaldson and his supporting players.