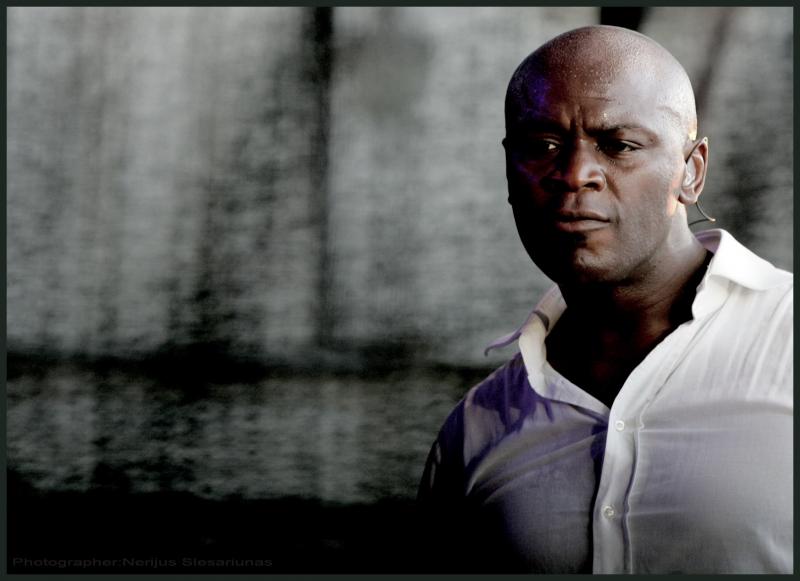 slideshow
Soul and Jazz, Singer and songwriter, Ola Onabule returns to British Columbia this November for his third visit to Canada after his magnificent debut in 2009 on the main stage of the Montreal Jazz Festival on their 30th Anniversary.

Ola Onabule will perform material from his 7th studio album, Seven Shades Darker, which will be released in Canada, Germany, Austria and Switzerland, France, UK, Belgium, Holland and Poland from late Autumn through to early Spring 2012.

The album features 14 tracks that will only solidify Ola's growing reputation as one of the finest singer/songwriters.

Grooves undoubtedly rooted in the Soul and Blues of the late sixties and early Seventies make an unlikely but easy peace with mournful, complex African melodic lines. On other tracks, wailing distorted guitars cling to the helter-skelter ride of poly-rhythmic time signatures that seem to unsettle and soothe the ear in equal measures. Seemingly conventional 4/4 grooves beguile with inviting familiarity whilst slipping potent lyrical nuggets under the radar of our assumptions. Ballads are new requiems, odes to the passing of loved ones, Funky jaunts document the ebbing away of precious time, and deal with jealousy, cowardice, loss of identity and the world through the eyes of an unwanted visitor is set to the galloping gait of an african church hymn. Ola, in very fine voice, twists and turns at every step, eluding definition and reveling in all his gifts like a child, celebrating this rare feat in the modern recording era of a seventh album!

What sets “Seven Shades Darker" apart is Ola's lyrical sensibility, poetic in tone and attuned to the issues of the day; as Ola puts it himself, “Though my music is of a different idiom, I write with the heart of a folk songwriter and the desire for my lyrics to be heard and read." While he deals astutely and compassionately with such personal topics as the loss of a loved one ("Gone"), it is on Ola's more socially and globally- minded tracks that his words shine brightest. “Fast" gives voice to frustration with our leaders' inaction and empty words, while “A Name" casts a light on the labels and allegiances that keep people apart. Ola's African roots underlie much of the album, taking centre stage in “Great Expectations," a soulful rumination on the hope that lead us from home, and the reality that we're met with.

NEUMANN and Sennheiser have been involved since the inception of the album's recording process to ensure that the audio is as clean as possible. Any great recording starts with the “collection process" and the finest microphones ensure that every nuance of an artiste's performance is captured at source. No amount of post production can compensate for a poorly recorded performance so it was essential that the finest tools were used in the recording of Seven Shades Darker. NEUMANN of Berlin have also made Ola their poster boy for their latest Digital innovation—their first on stage Live digital microphone—The KMS 105D.

“I love the sound of music, that is to say beyond the music itself (the artful arrangement of notes), I love the opportunity to influence the quality of music's sonic components. It's the main reason why I elected to be a singer that runs his own recording facility as opposed to one that concentrates exclusively on singing." Ola's self-imposed quality control on this album has resulted, as he says “in making fewer compromises on my sonic ideals than ever before. The environment in which the project was conceived, produced and recorded was designed from the ground up with one specific purpose in mind: To make art of the creation of the sounds as well as the creation of the music."

Ola's live performances have earned him the reputation as one of the world's finest vocalists and entertainers performing at some of the most prestigious jazz festivals and concert halls around the world. In the last couple of years performances with Germany's world famous Big Bands, The WDR and The SWR Radio Big Band as well as the Babelsberg Film Orchestra are gaining Ola the reputation of an artist as comfortable in front of an ensemble as he is with a trio or singing a-cappella. Ola is a modern day artist who has honest his art through an independent route, building studios, recording 7 albums and always retaining his artistic freedom at all costs. Ola's unique voice, elegant style and charismatic stage presence ensure that he continues to build audiences worldwide.