SOURCE: ALL ABOUT JAZZ
November 13, 2021
Sign in to view read count 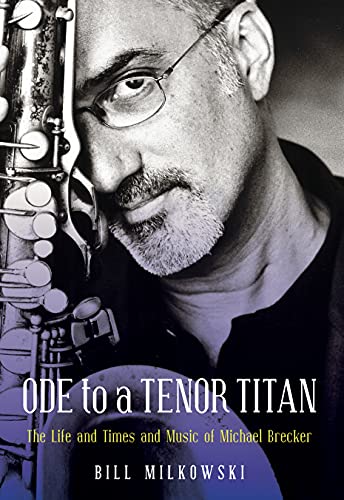 slideshow
After John Coltrane, there was no more revered and profoundly influential saxophonist on the planet than Michael Brecker. For those coming of age in the 1970s, during that transitional decade when the boundaries between rock and jazz had begun to blur, Brecker stood as a transcendent figure. He was their Trane.

Ode to a Tenor Titan follows Michael's story from growing up in Philadelphia, finding his tenor sax voice during his brief stint at Indiana University, making his move to New York City in 1969 and taking the Big Apple by storm through the sheer power of his monstrous chops on the instrument. A commanding voice in jazz for four decades, Brecker possessed peerless technique (a byproduct of his remarkable work ethic and relentless woodshedding) and an uncanny ability to fit into every musical situation he encountered, whether it was as a ubiquitous studio musician (more than nine hundred sessions) for such pop stars as Paul Simon, James Taylor, Bruce Springsteen, Todd Rundgren, Chaka Khan, and Steely Dan; playing with seminal fusion bands like Dreams, Billy Cobham, and the Brecker Brothers; or collaborating with the likes of Frank Zappa, Charles Mingus, Pat Metheny, and Herbie Hancock. But his biggest triumphs came as a bandleader during the last twenty years of his career, when he produced some of the most challenging, inspired, and visionary modern jazz recordings of his time.

A preternaturally gifted player whose facility seemed almost superhuman, he was also modest to a fault and universally beloved by fellow musicians. After coming through a dark decade of heroin addiction, he turned his life around and became a beacon for countless others to lead clean and sober lives. At the peak of his powers, he was struck down by a rare preleukemic blood disease that sidelined him for two and a half years. He got off a sick bed to make a heroic comeback with his swan song, Pilgrimage, which Pat Metheny called “one of the great codas in modern music history" and which earned him a posthumous Grammy Award in 2007. Michael Brecker was a player of tremendous heart and conviction as well a person of rare humility and kindness, and his story is one for the ages. 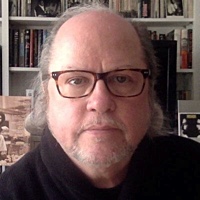 Since 1991, Backbeat Books have been favorites among passionate music fans and musicians. Known for their depth, spirit, and authority, Backbeat offers a diverse range of books- from biographies and memoirs, critical examinations and histories, to authoritative volumes on musical instruments and instruction—covering all areas of rock 'n' roll, jazz, and beyond.