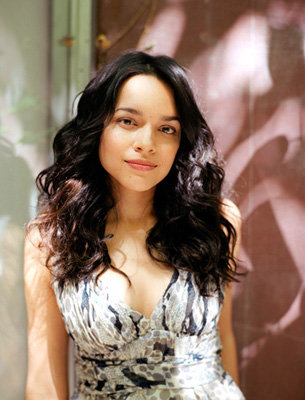 A Portion of the Proceeds Will Go to the Michael J. Fox Foundation, Which Is Dedicated to Finding a Cure for Parkinson's Disease

The celebrated 9-time Grammy Award-winning singer, songwriter, and Blue Note Records recording artist Norah Jones has been added to the Sunrise Senior Living Jazz Festival, set for this Sunday, August 24 from 2:00 - 8:00PM; this one time only experience is open to the general public. Other confirmed headliners include Joe Lovano, Dianne Reeves, Chuco Valdés, Ravi Coltrane, Bill Charlap, Renee Rosnes, Javon Jackson, and more. For more information, tune in to WBGO on Friday, August 22 at 2:00PM to hear Joe Lovano discuss the festival with host Bill Daughtry.

Lundvall, who has become disabled because of Parkinson's disease, has moved into a full-time senior assisted living community, Brighton Gardens of Saddle River, not far from his home in New Jersey. “After falling down three times and having to call the police to put me back in bed, I realized moving me off of the floor was like moving a beached whale. My wife Kay and I decided it would be best for our mutual sanity if I move to a managed care facility," he says. “Thanks to Don Was and Hank Forsyth, I'm still vitally involved with Blue Note."

A lifelong champion of jazz, Lundvall had been president of the legendary jazz label Blue Note since 1984, and had previously been president of Columbia Records and Elektra Records, where he founded the jazz-oriented Elektra Musician imprint. During his career, he not only signed standout talent but also staged unlikely events, including the renowned three-day Havana Jam festival featuring Columbia's top pop and jazz artists as well as superb Cuban artists in Cuba's capital 35 years ago. He also celebrated the re-launching of the formerly dormant Blue Note Records in 1984 by staging a “miraculous" all-star jazz concert in New York's Town Hall.

The top-tier cast of stars that Lundvall has assembled is quite impressive. Saxophonist Joe Lovano will be leading his nonet (which includes vocalist Judi Silvano), Dianne Reeves will sing, and Chucho Valdés, one of jazz's greatest pianists, will be performing solo. One of the highlights of the afternoon will be pianist Bill Charlap's interpretations of Gershwin and Leonard Bernstein compositions and piano duets with his wife Renee Rosnes. Charlap will be joined by Javon Jackson, Ravi Coltrane, and the great rhythm section of Peter Washington on bass and Kenny Washington on drums. Special festival guest will be local jazz guitar great Bucky Pizzarelli who will perform with his longtime duo mate, guitarist Ed Loeb.

All artists performing are playing pro bono, with proceeds from ticket sales going to the Michael J. Fox Foundation, which is dedicated to finding a cure for Parkinson's disease. General admission tickets are available for $79.67. A special VIP ticket is available for $158.34 and will include VIP seating at the concert, meet and greet with musicians after the show, cocktails and an autographed copy of the biography, Bruce Lundvall: Playing by Ear.

A raffle for autographed photos of celebrities will also take place. Complimentary beer and wine will be served. At intermission, there will be a complimentary hour-long tapas party for concertgoers. Tickets are on sale now at Ticketbud.com.