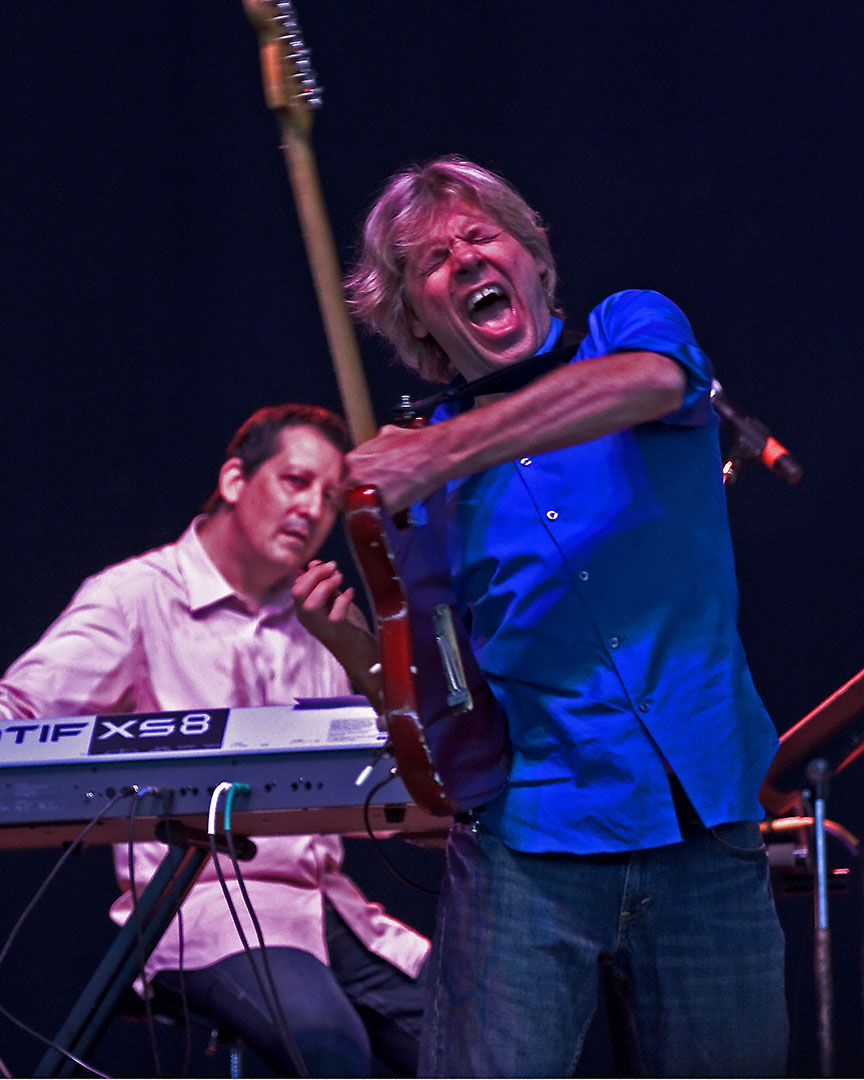 slideshow
January 21 all-star concert planned to memorialize the guitarist and benefit his family sells out.

New York, NY: When the newly blind guitarist Jeff Golub stumbled and fell onto New York City subway tracks where he was clipped and dragged by a train in 2012, New Yorkers came to his aid. When word spread throughout the New York City music community last month that Golub was on his death bed, New Yorkers bought concert tickets to the January 21 all-star benefit concert put together by Marquee Concerts and Smooth Jazz New York in order to raise money for Golub’s family. Although Golub succumbed to complications from a rare degenerative brain disease on New Year’s Day turning next week’s event at B.B. King’s Blues Club & Grill in Times Square into a memorial show, New Yorkers scooped up the remaining tickets to make sure the concert that will feature performances by more than two dozen luminaries sold-out to provide maximum assistance to Golub’s family.

At the time of the subway scare, which was chronicled extensively in the New York media, Golub dismissed the incident that he was lucky to escape with only minor scrapes and bruises as “stupid blind guy stuff.” However, losing his vision the year before due to collapsed optic nerves turned out to be a harbinger of a far more serious problem for the Akron, Ohio-born musician who has called New York City home since the 1970s. Golub began struggling with his balance and speech during a 2013 national concert tour in support of his final album, the playfully titled “Train Keeps A Rolling,” that adversely impacted his ability to perform. It got to the point that management had to pull Golub off the road. The guitarist’s motor skills continued to deteriorate, but it wasn’t until last November that he was finally diagnosed with Progressive Supranuclear Palsy (PSP), an incurable and aggressive brain disease.

Last Thursday (January 8), Whalum presided over Golub’s funeral held at the New York Society for Ethical Culture where a throng of artists and the city’s busiest session players gathered to pay tribute to the late guitarist, his wife Audrey Stafford Golub, and sons Matthew (14) and Chris (12). Among the many performers filling the ceremony with heartfelt song were John Waite, Marc Cohn, Whalum and Cross.

Although tickets to the memorial concert are gone, those who wish to contribute to Golub’s family can by sending a check made out to Jeff Golub Medical Expenses and mailed to:


Club d'Elf: Autographed vinyl copies of You Never Know plus As Above (digital)