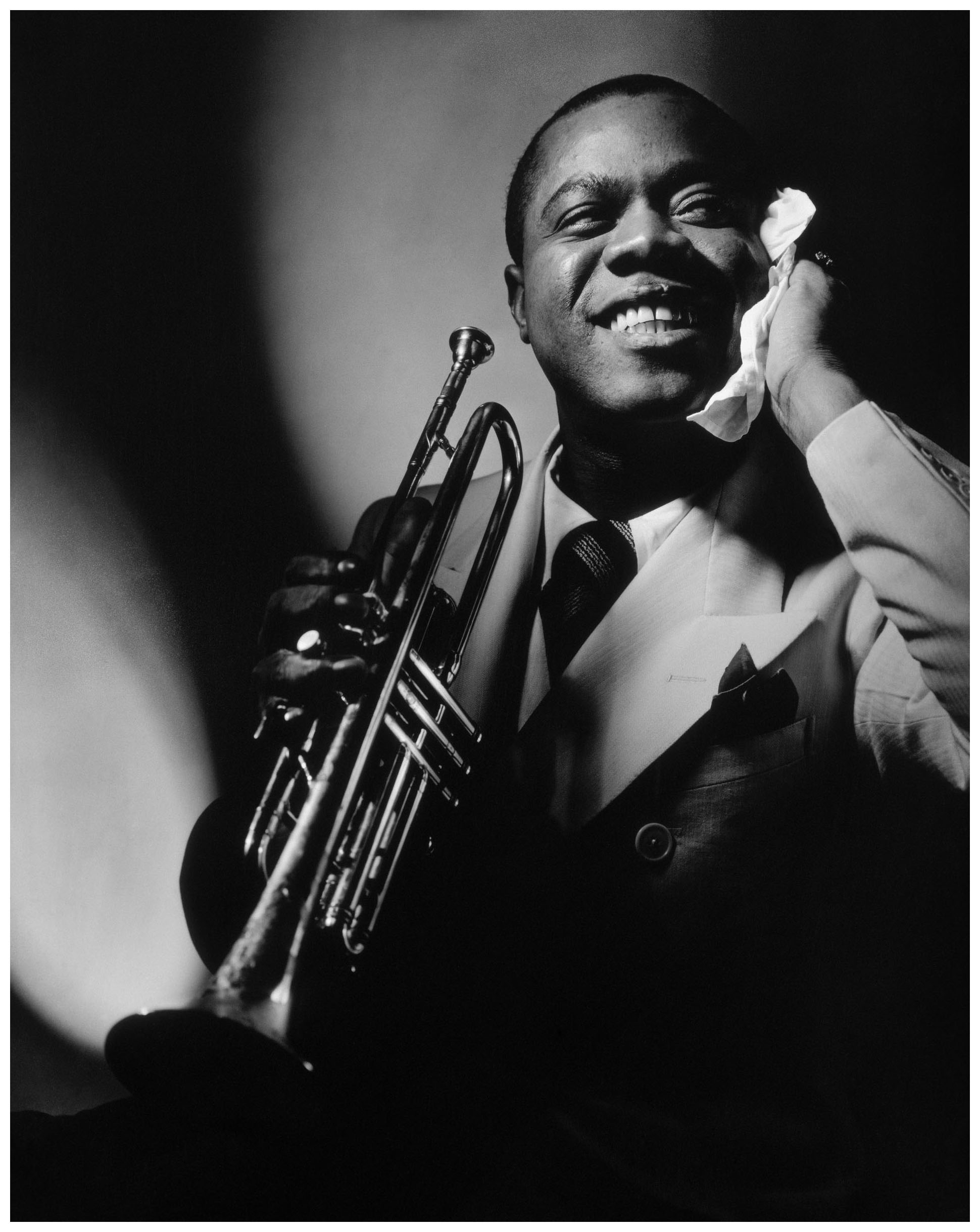 slideshow
Louis Armstrong, a.k.a. “Satchmo,” is an American icon. Satchmo At Symphony Hall, recorded in 1947 and first issued on Decca in 1951, captured one of his greatest performances, for which a legendary edition of his All Stars band joined him, with Jack Teagarden, Barney Bigard, Dick Cary, Arvell Shaw, Big Sid Catlett and singer Velma Middleton. Verve Music and Hip-oSelect.com now present a newly expanded, 2-CD version of the album, celebrating the 65th anniversary of the original recording.

Satchmo At Symphony Hall / 65th Anniversary: The Complete Performances is truly complete, from tuning up to closing theme of both sets performed that night. The limited edition release encompasses two hours of material, 30 minutes of which has never been released before; it is also one of the very few surviving, complete two-set Armstrong shows. Featuring such Armstrong classics as “On The Sunny Side Of The Street," “Black And Blue," “Mahogany Hall Stomp" and more, the performances have been painstakingly restored from surviving acetates, vaulted reels and the donated holdings of the late Gosta Hagglof, a renowned Armstrong collector and friend, who willed his vast collection to the Louis Armstrong House Museum.

Symphony Hall / 65th Anniversary is housed in a beautiful hard-back package that not only includes the album’s original liner notes by Ernie Anderson, it has a new and detailed essay by Ricky Riccardi, archivist for the Museum and author of What A Wonderful World: The Magic of Louis Armstrong’s Later Years; several rare photographs; and faithful reproductions of the album’s original cover and its many EP and international release permutations.

Satchmo At Symphony Hall / 65th Anniversary: The Complete Performances is one of the finest documents of Louis Armstrong’s genius — an unbeatable mix of great music and entertaining showmanship — and is now in complete form for the first time.