New David Martinez Single Made With Groove And Passion 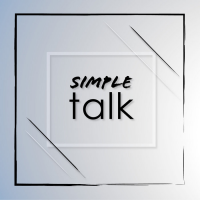 David Martinez is a recording artist, guitarist and musician based out of Los Angeles, California. Recently, he has been quite busy in the studio, creating new and exciting music for the audience, even at a time in which many artists are sadly stuck due to the current coronavirus pandemic. His most recent recording endeavor is a song titled Simple Talk. This track is nothing short of extraordinary, and it is also a great insight into David’s skillful guitar playing and unparalleled technique. He is the kind of guitarist who can play with so much mastery, but never gets overly technical just for the sake of it- everything he does on guitar has got so much soul and emotion, capturing the authenticity of jazz music, and going for a sound that feels somewhere in between classic vibes and modern innovation. This is truly extraordinary, especially when you also consider all of the other elements that make the song special.

Simple Talk is like a musical journey, taking the listener on another plane. The quality of his music is unprecedented, and he is always able to connect with his audience in a more personal way because of the amazing power of his songwriting and musical composition. The song has a very deep instrumental arrangement and some beautifully layered guitar parts. The style of this particular tune makes me think of some of the most legendary guitar players in jazz music. However, it is also worth nothing that David has developed his own sound, so he doesn’t really sound like he is trying to emulate any particular player. On the contrary, he sounds like he is all about building a strong music legacy and let his guitar do the talking! This is a very refreshing perspective, because there aren’t all that many guitarists willing to take the leap and make such a bold statement with their sound! Great jazz, to me, is about knowing where it comes from, but also knowing how to let it move forward. For this reason, I’d say that this particular release comes highly recommended if you are a fan of this kind of sound, and generally, any music that’s made with groove and passion.

At the age of 13, David Martinez started playing guitar. Already an accomplished musician from Guatemala he was awarded a scholarship from the prestigious Berklee College of Music. In 2005, after graduating David relocated to Los Angeles, CA where he embarked on a busy schedule of performing and recording with a wide variety of world renowned artists and bands such as Abraham Laboriel, John Peña, David Garfield, Justo Almario, Harry Kim, George Shelby and many others.

David is also a gifted educator and has helped establish several musical schools in Guatemala, Providence (RI), Boston (MA), Los Angeles (CA), and Ciudad Juarez (Mexico). HIs skills as a professor have enabled him to write specific material for each school such as books for the study of guitar and contemporary harmony. Currently he is the Founder and Director of the music program “Coda Music Academy" located in the Los Angeles area.

David has spectacular original arrangements and new compositions for his latest project featuring some special guests. He is very excited to share his new music with everyone on all social media platforms worldwide. David will be releasing the first single on October 17 prior to the release of the full album coming in 2020.