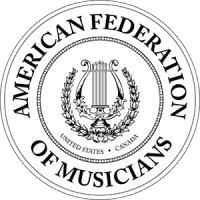 Musicians held rallies across the country calling for streaming residuals for music in television and film even as the American Federation of Musicians and the Alliance of Motion Picture and Television Producers resumed negotiations this week.

“In made-for streaming productions, we get about 25% of what we get from traditional theatrical or TV film production,” said AFM International President Ray Hair on Monday. “Why should we make 75% less, so everybody else in their big, rich companies can make more? They bully us into a regressive economic position, in an effort to ultimately eliminate our employment.”

Without streaming residuals, a musician can take a 75% pay cut when a Disney film is released on Disney Plus versus in theaters or on network television, the AFM said.

“Despite the immense success of streaming platforms, production companies like Disney, Warner Media, NBC/Universal, and CBS/Viacom are paying musicians a fraction of what we get on traditional platforms such as in theaters and on network television. We are doing the exact same work but getting paid 75% less,” said Joanna Mauer, an associate violinist with the Metropolitan Opera in New York who has recorded on numerous film scores, television scores, and pop albums.

Musicians at the rally outside of NBC Studios in New York were joined by high profile supporters, including Congressman Jerrold Nadler (D-NY), who noted that musicians are creative professionals who deserve fair compensation and revenue sharing for their work.

The rallies were also supported by SAG-AFTRA, with the union’s president Gabrielle Carteris telling the crowd,

“Your fight is our fight. We are standing by your side, because we will be here fighting this same fight. We are doing the same work. You deserve to be respected. You deserve a fair contract. We want you to know we are united with you.”