Music Reviews: In the Age of Downloads, CDs Still Reign in Jazz 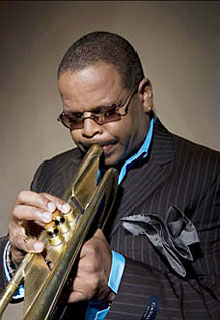 slideshow
Somehow, in the age of downloads, iPods, file sharing and what-not, great jazz keeps turning up on compact disc.

The proof lies in this year's best recordings, which range from the vastness of trumpeter Terence Blanchard's “A Tale of God's Will (A Requiem for Katrina)" to the intimacy of saxophonist Jerry Bergonzi's free-ranging “Tenorist" to the muscular virtuosity of pianist Joey Calderazzo's “Amanecer."

The systems for distributing music may be in flux, but the sounds themselves still thrill:

1. Terence Blanchard: “A Tale of God's Will (A Requiem for Katrina)" (Blue Note Records)

Anyone who watched Spike Lee's masterful 2006 documentary “When the Levees Broke," about Hurricane Katrina and its tragic aftermath, will recall not only its searing images but also its comparably haunting music. New Orleans trumpeter Terence Blanchard, a longtime Lee collaborator, penned the evocative score and in 2007 expanded it into this stunning, 13-movement suite. Unlike most film music, this work stands on its own, its combination of elegiac blues melody, churning jazz rhythm and quasi-classical string accompaniment amounting to an elegy for a battered American city. Moreover, “A Tale of God's Will" represents a major artistic leap forward for Blanchard, who with this work dramatically extends his range of expression.

An important partner to saxophonist Branford Marsalis, whose label released “Amanecer," Calderazzo long ago established himself as a top-flight piano virtuoso (at least among connoisseurs, if not yet the general public). But with “Amanecer," a mostly solo CD, Calderazzo revealed hitherto unheard artistic depth - as well as a colossal command of the instrument. The extraordinarily sophisticated and ambiguous harmonies with which he reinvents his own “Midnight Voyage," the incredible delicacy of his touch in “Sea Glass" by the late Michael Brecker (who early on championed Calderazzo) and the ethereal duets between Calderazzo and Brazilian vocalist Luciana Souza make this possibly the most important jazz piano recording of the year.

Great jazz soloists often yearn to record with larger, orchestral forces, so perhaps it was inevitable that a performer-composer as accomplished as Potter eventually would take the plunge. His first effort along these lines, though slightly flawed, reaches so far beyond most jazz-meets-the-classics recordings as to represent a milestone in his career, and in the genre itself. The writing for Potter's tentet is so harmonically advanced, structurally sound and intellectually rigorous as to demand repeated listening. To hear Potter's jagged, larger-than-life tenor and soprano saxophone lines set against his profound string writing is to understand the scope and ambition of this project. Though Potter hasn't fully finessed the age-old problem of shifting between jazz and classical rhythm, which often dooms such efforts, he has achieved so much in “Song for Anyone" as to leave the listener hoping he'll do more along these lines.