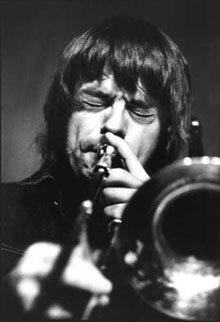 slideshow
This week for Music Education Monday, it's a master class from trombonist Bill Watrous.

Beginning his career in the early 1960s, Watrous has played and recorded with musicians such as Maynard Ferguson, Woody Herman, Kai Winding, and Quincy Jones, as well as leading his own big band, originally known as the Manhattan Wildlife Refuge, and later renamed Refuge West when Watrous relocated to Los Angeles.

Acclaimed among fellow trombonists for his range, tone, and fluid technique, Watrous also is a veteran of many studio sessions for TV and film, and is on the faculty of the University of Southern California's Thornton School of Music.

The video embedded below features his presentation on “Jazz Style and Phrasing" for the 2015 Jazz Education Network conference last January in San Diego.