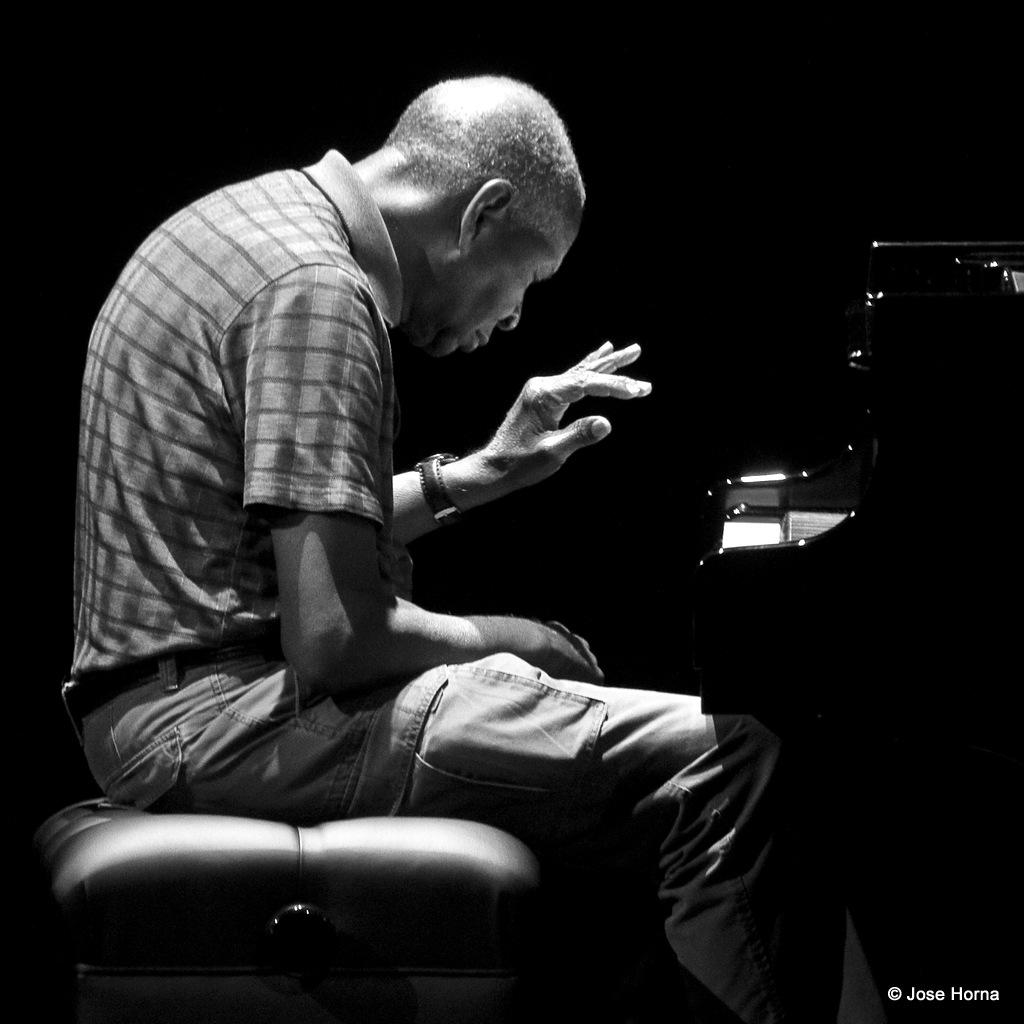 slideshow
Different Than The Different: Bobby Zankel and the Warriors of the Wonderful Sound meet Muhal Richard Abrams

On April 28 at Montgomery County Community College, Bobby Zankel’s big band the Warriors of the Wonderful Sound will premiere a new piece written for the ensemble by legendary pianist/composer Muhal Richard Abrams. Recently, at his West Philadelphia home, Zankel discussed the warriors’ ten-year history, his own life in music, and the excitement of commissioning new music from one of jazz’s most ground-breaking figures.

The Warriors of the Wonderful Sound were first assembled in 2001 for a fledgling jazz festival called Collective Voices. “I’ve always tried to surround myself with the best musicians I can, which usually means older musicians, the guys who know things I don’t know,” Zankel says. The Warriors, on the other hand, largely consisted of the most promising members of Philadelphia’s young modern jazz scene, who were looking to Zankel for wisdom and guidance. “In this situation I was the old head. I’ve watched the guys mature. It’s been a great growing experience for everybody.”

Over the next decade, the band would take the minute stage at Philly’s Tritone to wrestle with Zankel’s intricate compositions. On February 2nd they’ll take that stage again to pay tribute to the great saxophonist Sam Rivers, who passed away at the end of 2011. In the past, Zankel has written or arranged music in honor of other lost mentors, including Bill Dixon, Edgar Bateman, Sid Simmons and George Russell. For Rivers, who he knew and admired for forty years, he’s arranged a new version of the saxophonist’s best-known tune, “Beatrice.”

This gig will also mark the Warriors’ final performance in their longtime home, which will soon close its doors for good. “The players have grown and developed and we have a large body of tunes,” Zankel says. “But unfortunately or fortunately, whatever the case may be, I’m a very curious person and I’m always trying to write. We’ve had a few performances where we said we were going to play things we knew and make it perfect, but basically the spirit was been onward and upward. We learn one thing and then we put it away and I bring something else in. It’s a challenging situation.”

That approach has contributed to the raw vibrancy of the Warriors’ monthly performances as well as providing a fertile proving ground for the ensemble’s instrumentalists. Zankel himself developed under just such a high-pressure environment, studying with Cecil Taylor at the University of Wisconsin and on the bandstand. Born in Brooklyn in 1949, Zankel was drawn to the saxophone by the thrilling new sounds being explored in the 1960s jazz scene, in particular the music of John Coltrane. “As a teenager the excitement of the mid-sixties really had me searching for a way to find meaning in life and a good reason to want to get up every morning,” Zankel recalls. “That whole tradition of which John Coltrane was the most outstanding figure provided me with so much comfort and thrilled my mind, touched my heart and called me.”

After joining with Cecil Taylor in Wisconsin, Zankel followed the iconoclastic pianist all the way back to New York, where he became involved with the avant-garde jazz scene of the early 1970s, performing alongside the likes of bassist William Parker and violinist Billy Bang. At the same time in Chicago, Muhal Richard Abrams and the musicians of the Association for the Advancement of Creative Musicians (AACM) were forging a separate but equally innovative approach to the jazz tradition.

Zankel continued to follow Abrams’ music throughout the ensuing decades, but the two never crossed paths until now. In 1975, Zankel relocated to Philadelphia, where he’s remained since, becoming one of the leading lights of the local jazz community. “I’ve had such tremendous experiences and opportunities in Philadelphia,” Zankel says, citing his work with saxophonist Odean Pope, bassist Jymie Merritt, violinist John Blake, and singer Ruth Naomi Floyd, among others who make the city their home. But his most influential work has been his ten years of composing for the Warriors.

For most of the big band’s existence, it was Zankel’s compositions alone that made up the Warriors’ repertoire. In 2009, however, the band performed the music of Julius Hemphill in a tribute to the saxophonist/composer presented by Ars Nova Workshop. “Suddenly I realized we could be a new music repertory band,” Zankel says. “We can become known and respected for performing the music of great, very challenging modern composers.”

Over the next two years, Zankel commissioned new pieces for the Warriors by the innovative saxophonists Rudresh Mahanthappa and Steve Coleman. The Muhal Richard Abrams commission is the latest and most exciting manifestation of the band’s new direction.

“Muhal is a whole different kind of genius,” Zankel says. “I think we have an affinity in the fact that, just like my music goes from Johnny Coles to Cecil Taylor, Muhal’s music totally defies any category. He’s done stuff that sounds like 21st century European music in an African-American way, he’s got pieces dedicated to Muddy Waters, and he’s out-bebopped the beboppers.”

Given that stylistic diversity, it remains to be seen exactly what Abrams will devise with the Warriors in mind. “I have no idea what the music is going to be,” Zankel says. “It’s very unknown territory we’re moving into here.”—Shaun Brady