Mort Weiss' E-book, "Sex And The Jazz Musician - The Hollywood Years And Beyond," Now Available

An intriguing glimpse into the life and times of 'the world's greatest unemployed jazz clarinetist.' 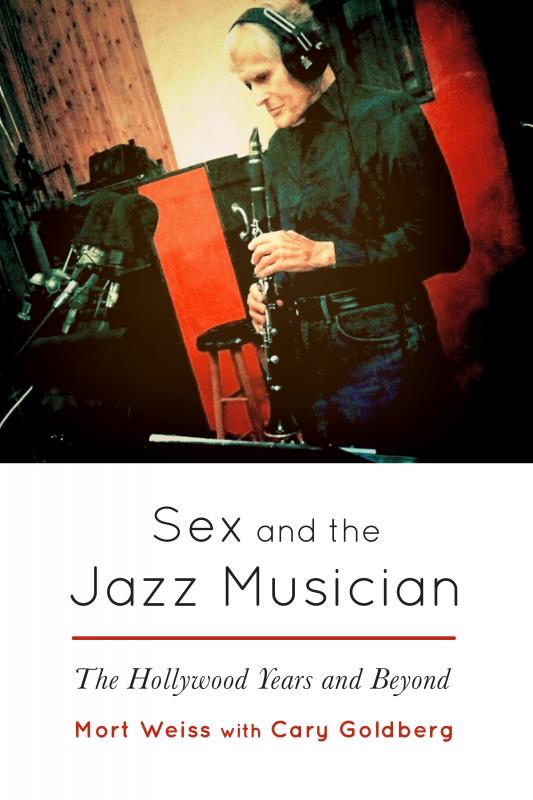 Sex and the Jazz Musician—The Hollywood Years and Beyond, an intriguing glimpse into the life and times of “the world's greatest unemployed jazz clarinetist," 80-year old Mort Weiss, is now available as an e-book. It is currently available for pre- sale at all online retailers, as well as at Mort’s Book Baby Bookshop.

Inspired by The Mort Report, Weiss’ column on All About Jazz, Sex and the Jazz Musician features 22 candid, poignant and ribald articles (of the 23 that are featured on the site), which are interspersed with brief pieces that provide context for Weiss' unique and creative narratives. Those tales take readers back in time to Mort's initial exposure to jazz, through his encounters with the famous (Elvis Presley, Steve Allen, Jimi Hendrix) and the infamous, detailing the highs and lows of his more than 60 years in and around the music business. As of December 2015, his collected pieces on All About Jazz have been viewed nearly 200,000 times.

The 22 vignettes are given additional context by a series of “Intermezzos,” written by music industry veteran Cary Goldberg, whose affiliation with Weiss goes back nearly a decade. The book’s content is further enhanced by photos, music and video, including a rare interpretive reading of “A Brief History Of Ragtime To 3/4 Aka A Waltz Through The Cosmic Thought Process.” The e-book follows on the heels of the 2015 release of Mort Weiss is a Jazz Reality Show, his 12th release overall and the first that he recorded in New York. On that album, Weiss joined forces with the Don Friedman Trio, with guest performances from Michael Marcus and Carmela Rapazzo. Reviewing on All About Jazz, critic Dan Bilawsky stated, “Weiss' wit, lyricism, fluid sense of phrasing, and openness all inform this music,” and on Something Else Reviews (where the Mort Report first appeared), Sammy Stein waxed equally enthusiastic: “Weiss has an uncanny interpretation of standards and an ability to listen for those small nuances which bring the music alive for the listener. He picks them up, develops them and tosses them to his musicians to let them develop a theme, a riff or a subtle undertone. There is no super ego here. He makes of the music more than ever was written in the first place. Mort Weiss, is can be said, truly knows his music.”

Born in 1935 in Pennsylvania, Weiss began clarinet lessons when he was nine-years old. After moving with his family to Los Angeles, he continued playing classical music. After just one year at the Westlake School of Music, the precocious teenage Weiss soloed on several T.V. programs with the Freddie Martin Orchestra, a.k.a. “The Band of Tomorrow.” Weiss' exposure to jazz began with Dixieland but once he first heard a Charlie Parker record, he was hooked. He frequented jazz clubs, participating in after-hours jam sessions, and spending many hours in the woodshed honing his craft. Bebop clarinetist Buddy DeFranco became his idol. At the age of 19, Weiss was drafted into the Armed Services and played tenor sax in the Army band. In the ten years following his discharge, there was a dearth of work for jazz clarinetists and the tenor saxophone became his bread and butter. Weiss' life became lounges, minor jazz clubs, and work in R&B bands.

Enter the 1960s. Travelling in the proverbial fast lane became a rapid trip down the wrong speedway. Weiss eventually found himself in jail, buck naked, his life in “total shambles,” playing the “wrong” instrument to support a dead-end life style. In that moment of clarity, Weiss decided to “put everything down, including playing music.” His love affair with his horn, that harshest of mistresses, was put on hiatus. Still, unable to disassociate himself from music completely, Weiss began working at a music store, and eventually opened his own store, The Sheet Music Shoppe which grew into the largest purveyor of printed music in Southern California.

In the summer of 2001, Weiss read an advertising flyer that asked “Do You Want to Play Jazz?” The timing was perfect. It was enough to make him dust off his clarinet case, begin practicing, and soon invite guitarist Ron Eschete to jam. Their collaboration led to a recording session that became the 2-CD set No Place to Hide, the release that launched Weiss' SMS Jazz label in 2002. In 2003, he emerged as a leader in his own right, with The Mort Weiss Quartet (AKA Mort Weiss Meets Joey DeFrancesco). The critical response to those first two recordings provided ample evidence that the talents that Weiss had shelved for nearly forty years were as vital and dazzling as they’d been when he’d last picked up his clarinet in the 1960s. According to jazz writer Scott Yanow, “Clarinet-organ groups are far from common. In fact, prior to Mort Weiss' CD with organist Joey DeFrancesco, it is possible that combination had never been utilized before.” Yanow’s observation predicted Weiss’ penchant for rising to almost any musical challenge, one which has become a hallmark of his reinvigorated career.

On ten of his recordings, Weiss has performed with a succession of renowned artists, including Bill Cunliffe, Sam Most, Ramon Banda, Dave Carpenter, Roy McCurdy, and Luther Hughes. He has also released two solo clarinet projects: Raising the Bar in 2010, and—in an outstanding departure from his be-bop roots's A Giant Step Out and Back, on which he took the concept of 'free jazz’ truly to heart. That album is all first takes, no edits, no rehearsals (and on one track no clarinet!), captured in a single five hour recording session. Something Else Reviews concluded that, “As a whole, A Giant Step Out And Back can confidently be named Weiss’ most daring work. At a time in his life where his peers are slowing down, playing it safe and retreading the same ground, he’s still looking for ways to extend his art to the outer limits.”

He has been cited as a “Rising Star” clarinetist two times in the Downbeat Critics’ Poll (most recently in August of 2015) and his various albums have consistently garnered strong reviews.