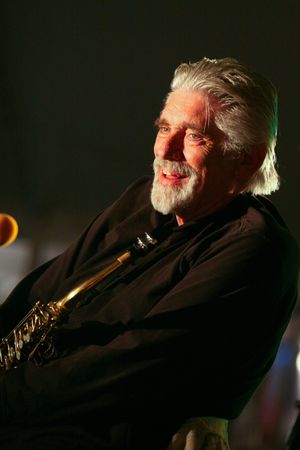 Med Flory, an alto saxophonist and founder of the Grammy-winning jazz group Supersax in addition to being an actor who appeared on numerous TV series, has died. He was 87.

His son, Rex, who cared for his father during several years of heart maladies, reported that Flory died Wednesday at his home in North Hollywood.

Flory had not been professionally active over the last few years, a shift from the busy demands of a career stretching over six decades. One of Hollywood's most unusual hyphenates, he was successful in two creatively demanding arenas.

He was born Meredith Irwin Flory on Aug. 27, 1926, in Logansport, Ind., to Florence and Wilmer Flory. He began clarinet lessons when he was 9 and joined his high school concert band when he was 12. It was his mother who provided the model that led him into music as a possible career.

“My mom was a real musician," Flory said in an interview for the Web blog JazzWax. “She could sight-read three manual organ parts with pedals and everything. She had played for the silent movies when she was in high school. She never studied music but could memorize everything. She also could improvise. She was twice the musician I'd ever be."

After serving in the U.S. Army Air Corps in World War II, Flory graduated from Indiana University with a B.A. in philosophy and went to New York, where he worked with his own small groups as well as the big bands of Woody Herman and Claude Thornhill. He moved to Los Angeles in the mid-1950s, becoming involved with the arrival of cool jazz on the West Coast. Meeting and performing with players such as Art Pepper, Buddy Clark and Joe Maini, he planted the seeds for the eventual creation of Supersax.