SOURCE: ALL ABOUT JAZZ
June 7, 2005
Sign in to view read count
“…beautifully balanced as a gyroscope... music smartly conceived fully realized…if you find a more ambitious and intriguing album this year, tell me.” Neil Tesser -Miles Ahead Chicago Radio

On tour of Canada, Europe and US, and releasing a new project with his group and adventurous electronic trumpeter Cuong Vu(Pat Metheny) and Mark Turner, modern jazz vibraphonist Matthias Lupri and group with Myron Walden and Donny McCaslin, will be performing new music and also music from the latest CD release new CD “Transition Sonic" on “Summit Records - DCD 337"

“Lupri, a migrant from rock drums to jazz vibes, plays fast, loose, and at the top of his game" Fred Bouchard, Down Beat, Dec '03

See the Jazz Talk forum too at:

Catching Up With Matthias Lupri

After a coast to coast tour of the Canadian Jazz Festivals and US dates summer 2002, modern jazz vibraphonist Matthias Lupri returned in the fall with his 3rd CD of original modern compositions entitled “Same Time Twice" on “Summit Records - DCD 337" 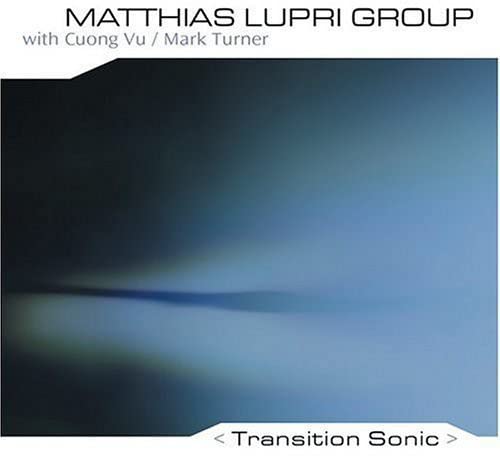 Acclaimed Saxophonist Myron Walden has albums out on the NYC Records and Fresh Sound labels and is a member of the Brian Blade Fellowship (Blue Note). Lupri and Walden were both recently picked in the Down Beat critic's poll as rising artists. Grammy nominated saxophonist Donny McCaslin has albums out on Arabesque records and has performed with the likes of Pat Metheny, Dave Douglas, Brian Blade, Tom Harrell, John Pattitucci, Billy Hart, Gil Evans Orchestra, Mingus Big Band, the Vanguard Jazz Orchestra, 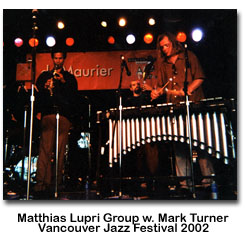 Music will also be from Lupri's past CD Shadow of the Vibe with George Garzone (Chartmaker Jazz CMG5060).

“Lupri emerges as a another musician living up to his considerable potential... on this well -conceived cleanly executed program that comprises Lupri's own attractive compositions." Neil Tesser, Jazziz, Feb 2000

Born in Germany, Lupri grew up in Kansas and Alberta, Canada. He studied drums and began playing professionally as a teenager in blues, rock and country music bands, including Juno winner George Fox. In his early 20's, while studying music in college, he became fascinated with jazz vibraphone music from listening to a recording of the legendary Gary Burton. Lupri recollects, “It totally changed my whole approach to music. For the next five years, while I was still on the road with rock bands, I would practice my vibes every day in my hotel room." Having found a new musical expression with the vibes, he enrolled at the “Berklee College of Music"in Boston to study with his mentor Gary Burton. Lupri‚s debut CD “Window Up Window Down" (Chartmaker Jazz PDP1020) and “Shadow of the Vibe" both charted in the Top 40 Gavin and Top 15 CMJ Jazz Charts and #7 Chart Magazine Canada.

“Look out for promising young vibraphonist Matthias Lupri, a protégé of Gary Burton." -Jazz For Dummies

“Lupri hits hard on the solos, and comps with warm glow when George Garzone steps out. On “Investion" the power is scary..." - John Barrett -- JazzUSA 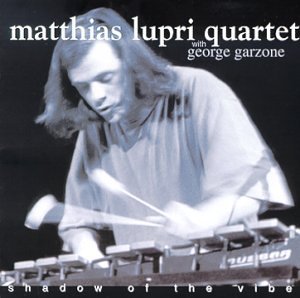