SOURCE: THE PHILLIPS AGENCY
May 2, 2012
Sign in to view read count 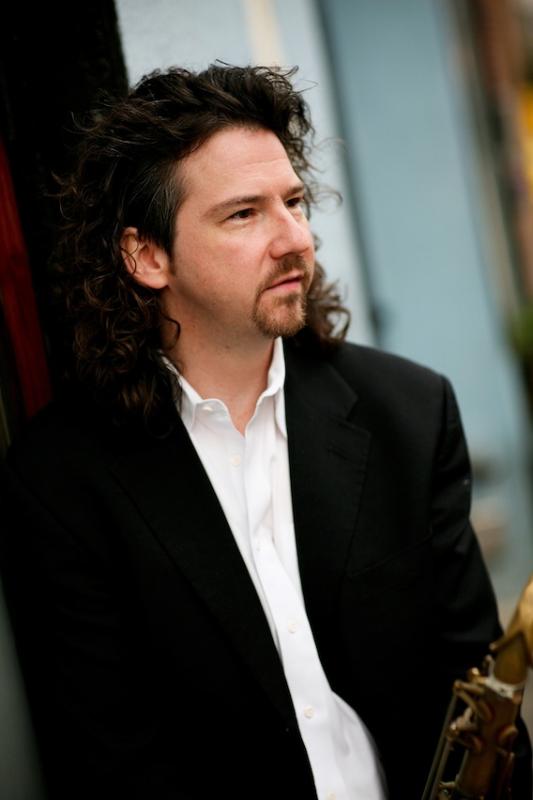 slideshow
The Maryland Summer Festival returns on July 14 for its eighth exciting season of workshops and jams for musicians and public concerts for jazz lovers. Events take place through July 27.

Drawing adult learners and listeners from coast to coast, the top rated event features jazz recording and performing artists on stages and in classrooms. Events help avid adult learners can raise the bar on their singing and playing. Some are inspired to go on to professional music careers, others become solid weekend warriors.

Raised in Nanaimo, British Columbia, Jensen attended Berklee College of Music. The trumpeter soon became known for her pursuit of excellence. She performed in the New York subway (long before the Joshua Bell experiment), and has appeared in numerous festivals around the globe, working with greats such as Maria Schneider, George Garzone and Terri- Lynn Carrington. Marian McPartland said Jensen plays “with all the brilliance and fire of a true virtuoso.”

Raised in a large Ukrainian family, internationally respected saxophonist Jeff Antoniuk grew up in Nigeria and Western Canada and worked the overnight shift in a factory to earn tuition for the renowned jazz program at University of North Texas. He was touring other continents even before he was awarded a master’s degree in jazz performance and West African ethnomusicology.

Antoniuk has won accolades as a composer and modern jazz musician. A recipient of grants from both the Canada Council and the National Endowment for the Arts, he is a major figure in the Washington, DC jazz scene. He has appeared at the Annapolis Jazz Festival, Juneau Jazz & Classics and the Edmonton International Jazz Festival. He is a master teaching artist with Washington Performing Arts Society (WPAS) and is the artistic director of Maryland Summer Jazz.

Jazz Camp At the heart of the festival is a three-day jazz camp. Each day includes intensive instruction for students from 16 to retirement age. Instructors are performing and recording artists, including many university jazz professors. Attendees can hear these fantastic players in concert, then work directly with them in small group combos grouped by ability level.

Classes help gifted amateurs and semi pros bring their skill and technique up to the level of working musicians. Playing with others provides critical networking opportunities. Over a dozen popular jazz bands have come together through the camps.

The program also nurtures gifted high school and college students intent on music careers. Scholarships and internships encourage young talent. Electives on such topics as Latin Jazz, vocal styles and rhythm section techniques allow them to progress instead of falling back in the summer.

By popular demand, attendees have a new option this year to take a pre-camp clinic on “The Music of Maryland Summer Jazz” on Saturday, July 14. Participants will get a head start on the camp repertoire of beginner through advanced tunes.

The world famous Blues Alley jazz club in Washington, D.C. traditionally hosts a Maryland Summer Jazz concert on the eve of jazz camp. This year the concert takes place on Tuesday July 24. Guest star Ingrid Jensen joins Jeff Antoniuk & the Jazz Update for two riveting shows. Another major concert occurs on July 27 at the conclusion of jazz camp. Held on the campus, at Saint Mark Presbyterian Church in Rockville, Maryland, the event includes a student concert at 7:00 p.m. and an All Star Concert at 8:30 p.m. For additional events, visit the website.

Jazz camp registration continues through June 30. For more information about the camp and to obtain concert tickets visit our website.