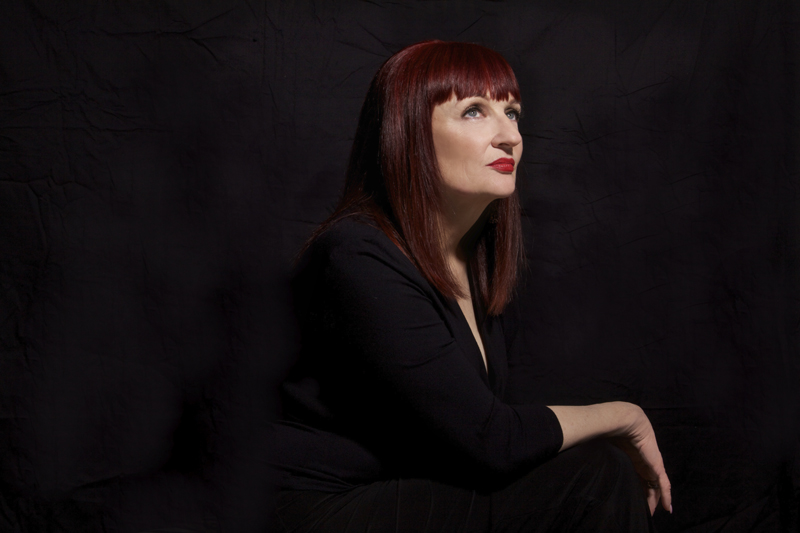 What the Critics have said:

“Lorin is incapable of falseness when rendering a lyric, always in the moment and available to any emotional impulse that arises. You feel the life experience in her renditions... The sensuality in her version of Bernice Petkere's “Close Your Eyes" was simply transporting... Weill Hall was filled with holiday spirit that night, but also with the unique spirit of Lorin's music-making, proving herself quite at home in this hallowed venue."

When Martha Lorin met 1920's super star, Ruth Etting, she was in her junior year of high school. It also was the beginning of a lifelong journey as a jazz singer. “I'm not a teacher, said Ruth, “but come in to the club and sing a couple of songs. If I like what I hear, you'll come in from time to time, sing a song or two and I'll make suggestions." Thanks to Ruth's droll comments and straight ahead guidance, Martha Lorin has learned to “sing a song the way she feels it." Like Ruth she can really swing a tune or make the audience cry with her interpretation of a lyric. To quote only a few of the numerous critics who have written about Miss Lorin: “A wonderful powerhouse of a voice... her phrasing perfect, & her sensitivity right on key with each song?" Martha decided it was high time she presented an evening of songs as a tribute to her mentor, Ruth Etting. Directed by Larry Fuller. Produced by Eric Buffano and Lampkin Music Group.

Bill Pernice—piano: classically trained. Bill is a composer, conductor and teacher, as well as, a performing artist. His first CD under his own name, “Doorways To The Heart" is a compilation of original piano compositions. Bill performs throughout the U.S with the Heaven On Earth Ensemble, and locally with the Westchester Swing Band, and in many diverse settings in the Tri-state area. He brings his explosive, rhythmic, and energetic style to his performances that is sure to light up his audiences. Peter Barshay, bass: Having soaked up a life-time of sounds on both coasts&#151everything from salsa & straight ahead to funk-fusion, avant-garde & music derived from the Afro-Cuban and Brazilian traditions —Peter brings a wealth of experience to the musical table.

James Cammack Jr. Bassist for the Ahmad Jamal Trio, which includes the founder, Ahmad Jamal and drummer, Idris Muhammad. Cammack both records and tours with the trio. Mr Jamal's trio essentially became a quartet with the addition of percussionist Manolo Badrena at the time of the release of Jamal's “Rossiter Road." The drummer Kenny Washington was added in 2010 on the recording “A Quiet Time"

Larry Fuller's Broadway choreographic works include EVITA (he also did the original London production), SWEENEY TODD, ON THE TWENTIETH CENTURY, MERRILY WE ROLL ALONG, A DOLL'S LIFE and the American premiere of Kurt Weill's SLIVER LAKE, for the New York City Opera.

Mr. Fuller both directed and choreographed the Off-Broadway musical LOVE, which won two Outer Critics Awards for Best Book and Best Musical Score, and a summer spectacular at Radio City Music Hall, GOTTA GET AWAY.

His non-musical directorial credits include two New York Off-Broadway productions by Canadian playwright, Maxim Mazumdar, OSCAR REMEMBERED, at the Provincetown Playhouse and INVITATION TO THE DANCE, at American Theater of Actors.

In Europe he directed and choreographed the first European productions of CANDIDE, GIRL CRAZY and ON THE TOWN, along with four German productions of WEST SIDE STORY. He worked on the films A LITTLE NIGHT MUSIC, starring Elizabeth Taylor, and THE BOARDING SCHOOL, starring Nastassja Kinski. At the Theatre An Der Wien, in Vienna, he created the highly successful dance evening, JAZZ AND THE DANCING AMERICANS, and for the London Festival Ballet, a classical piece entitled HUMORS OF MAN. Also in London he directed and choreographed the West End hits MARILYN, THE MUSICAL and TIME. For EVITA, Mr. Fuller received a Tony Award nomination for outstanding choreography, a Los Angeles Drama Critics Award for Distinguished Choreography, and two New York Critics Circle Awards for his work in SWEENEY TODD and EVITA and a New York Television Academy Award for choreographing OUR AMERICAN MUSICAL HERITAGE series on WCBS-TV.

He has twice staged and choreographed both the TONY and EMMY AWARDS, which were internationally telecast. Mr. Fuller's credits also include the musical staging for the first national tour of JEKYLL AND HYDE, directing and choreographing three national tours of EVITA , the world premiere of J.F.K.-A MUSICAL DRAMA and ON YOUR TOES with the Stuttgart Ballet.

Lampkin Music Group has presented plays / musicals / concerts / cabarets / recording cross country featuring some of the best in the business: Tony winners Donna McKechnie, Alice Ripley and Hinton Battle, Broadway personality Devin Richards, Alexandra Billings, Suzanne Palmer, Robin Kay, Audrey Morris, Karen Mason, Suzanne Palmer, Linda Clifford, Spider Saloff and Billy Stritch, to name a few. The Label, LMG, has reached the top 30 of dance/jazz charts with releases like “I Didn't Got to My Prom" by Robin Kay, reaching number 24 and on the chart for 6 months; “Only One LIfe" by Tyler Stephenson reaching number 23 on the dance chart and staying 11 months; “Alone Together" by Martha Lorin, reaching the number one spot on jazz radio and “Being Alive" by Alexandra Billings, which spent 9 months in the top 15 on amazon.com.