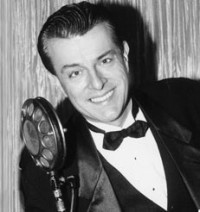 The program features the jazz big band music of composer and arranger Francis “Chappie" Willet (1907-1976), one of the forgotten giants of the Swing Era music world. Willet was best known for providing the production music for such iconic New York City venues as the Cotton Club and Apollo Theater; his arrangements were originally performed by the jazz orchestras of Louis Armstrong, Cab Calloway, Duke Ellington, Gene Krupa, Jimmie Lunceford, Lucky Millinder, and Red Norvo, among others.

Many of the selections on this unique program were never commercially recorded, and have been reconstructed from archival manuscripts, obscure stock arrangements, or radio aircheck recordings. Celebrate the legacy of Chappie Willet and the great swing big band arrangers with this live performance by an augmented version of the leading period jazz orchestra in New York City, Vince Giordano & His Nighthawks.

This event is made possible through the generous support of the Baisley Powell Elebash Fund, the City University of New York Graduate Center Music Department, and the Graduate Center's PhD-DMA Concert Office.