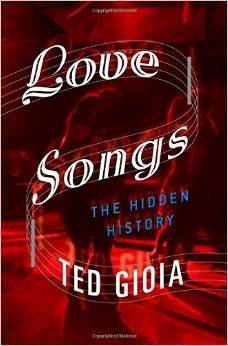 Music historian and Daily Beast columnist Ted Gioia uncovers the hidden truths of love, one of the most dominant themes of music in the last millennium. While many tend to view love songs as simple, sentimental, and formulaic, Gioia proves that no other style of music has led to more censorship, controversy, or reprisals.

Based on more two decades of research, Love Songs provides readers with the backstories that shaped the most popular hits including Darwin’s theory of evolutionary connection between animal songs and human music courtship, the fertility rites of ancient cultures, and the sexualized YouTube videos of the present day. The colorful and contentious history of the love song also includes anecdotes on such artists as Louis Armstrong, Frank Sinatra, Cole Porter, Elvis Presley, Stevie Wonder, Cher, and Miley Cyrus.

By researching beyond the prominent yet fabricated history of the love song and pinpointing the “outsiders” who have truly influenced this style of music, Gioia aims to change society’s perception of the love song from misunderstood and unmoved to a force for individual rights and sexual freedom.

Ted Gioia is a music historian and the author of nine books, including The History of Jazz and Delta Blues, both selected as notable books of the year in The New York Times. Love Songs continues his pioneering research into the music of everyday life, previously featured in Work Songs and Healing Songs, both winners of the ASCAP Deems Taylor Award. Follow him @TedGioia.