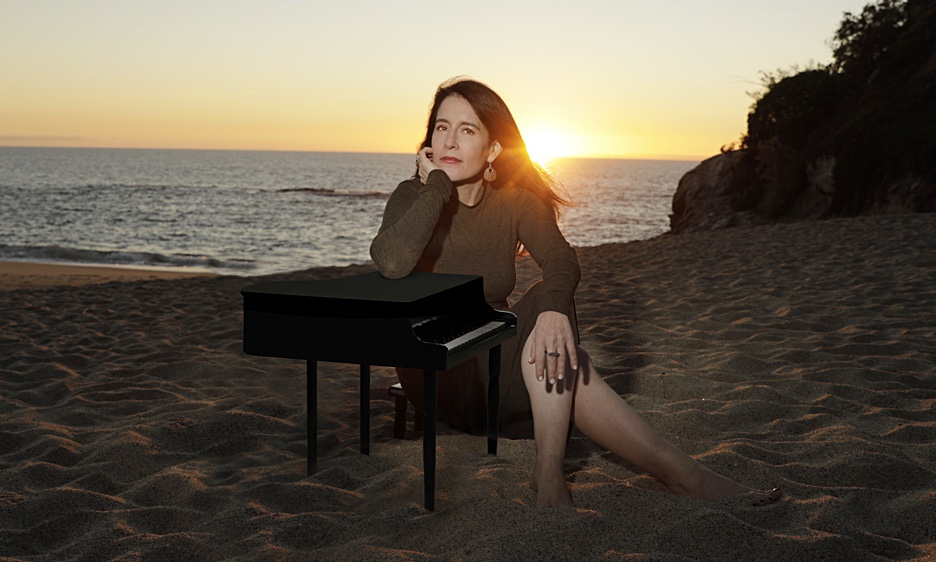 SOURCE: TWO FOR THE SHOW MEDIA
September 23, 2021
Sign in to view read count

In honing her own creative voice as a jazz pianist, singer and songwriter, Adrianne Duncan also discovered the ideal way to present it: with the devoted group of musicians and friends heard on her inspired recording Gemini. The versatile rhythm section features Duncan on piano with Dan Lutz on acoustic and electric bass and Jimmy Branly, who mixed the album, on drums. Vibraphonist Nick Mancini achieves a beautiful blend with Duncan’s instrument, serving the multifaceted songs with his fine touch and displaying high-level virtuosity in the bargain. A small but highly colorful contingent of woodwinds, with John Tegmeyer on clarinet and Katisse Buckingham on flute and saxophone, brings an added dimension and sparkling improvisatory flair.

Although Duncan, an Atlanta native now based in Los Angeles, followed a non-linear path to jazz, her earlier activities laid the groundwork for it in every way. She is the daughter of renowned classical guitarist and educator Charles Duncan. She grew up performing in—and winning—major competitions as a high-achieving classical pianist, also playing celeste, organ and other specialized keyboards as a member of the Atlanta Youth Symphony. Later she studied theater (earning a degree from Northwestern University), which in addition to full-time professional acting work, also led directly to singing.

Though Duncan chose not to pursue a classical piano career, she continued her deep study of music and later brought the piano back strongly into her performance, with a voice instructor’s encouragement. “These things were so separate in my mind, classical piano and singing/musical theater,” she recalls. “I was singing jazz in bands in Chicago, but I was the singer up front — I don’t think I even told anyone I played.” And yet play she does, on the level demanded of a competitive concert pianist, with a harmonic knowledge and fluid, lyrical touch of someone who’s closely studied the jazz piano legacy as well. As a self-accompanying singer, inhabiting her original story-oriented lyrics with a resonant tone and a fresh and expressive spirit, she’s furthering a tradition that spans from Nat King Cole, Shirley Horn and Andy Bey to Diana Krall and Dena DeRose.

Duncan was also nurtured as a fiction writer and screenwriter starting in high school, so her approach as a lyricist tends toward the literary, and her compositions have a cinematic sense of scope. Both “Elijah” and “Home at Last” on Gemini have original short stories attached to them, readings of which Duncan hopes to include in performances down the road. The former has a relaxed tempo with enigmatic chords as the story unfolds, buoyed by riveting clarinet and tenor sax solos as the tune edges upward into double-time funk/fusion. The latter was inspired by an image Duncan saw in a dream, of an unloved trophy wife ascending in a glass elevator, somehow revealing every detail of her sorrowful life. Dark minor cadences and shifting tempos evoke an unsettled ambiance, made all the more dramatic by the imaginary French/English phone conversation Duncan overdubs in the song’s final abstract out-of-tempo moments.

“He’s Not Quite You,” which “predicts the end of a relationship” according to Duncan, stretches from a rueful ballad into a more exuberant, in-the-pocket samba feel for Mancini’s energized vibes solo over an extended coda. And the title track “Gemini,” the sole instrumental piece, reveals another facet of Duncan’s compositional gifts. The grooving, churning odd-meter structure gives ample space to all the soloists, beginning with a heated round of trading between flute and clarinet, followed by drums over an ostinato and finally vibes on the closing vamp.

“My starting to write was a direct result of studying jazz piano,” Duncan explains. “I didn’t think it would lead to composing; my intention was just to start accompanying myself. I studied with John Novello, who’s a fantastic B3 player, and I was learning all the Bill Evans voicings. I made flashcards, put them in a box and shook them up and I’d randomly get some chords next to each other, and that was how I started writing.”

But that wasn’t all: Duncan also began to reharmonize, transforming song after song, and one of these was the 1978 rock classic “Roxanne” by The Police. The characterological story-song theme suits the album and Duncan’s lyrical style, and the band digs in accordingly. “I love it when I’m listening to a song and I’m not aware what it’s going to be,” Duncan remarks. “That’s what I wanted with ‘Roxanne.’ I’m also drawn to songs that don’t necessarily have a basis in reality and also have that ‘Rashomon’ aspect of different people’s points of view. I also like songs that start one way and finish another way, and I think every one of the songs on Gemini does that. I love to be taken on a journey.”

In addition to her own project, Duncan has performed and recorded with some of LA’s most noted musicians, including the Grammy-nominated Lado B Brazilian Project, with whom she toured Brazil on keyboards and vocals. She has played and sung on numerous recordings, including The Jazz Chamber with legendary multireedist Bennie Maupin, and also performs regularly with her seven-person vocal improvisation collective Fish To Birds. She served as musical director of the show Twins for its premiere in Berlin, and founded and produced the LA Modern Jazz Series, which showcased world-class creative jazz musicians. As a producer and arranger, Duncan’s projects include albums for actor-singers Jacqueline Emerson (The Hunger Games) and Larry Wolf (Pound, Putney Swope). Her piano playing can be heard on film soundtracks including The Chameleon and The Young Kieslowski, as well as the short films Impact! The Musical and Na Na Na (Na).

Gemini will be available September 24, 2021 on all platforms.

For interview requests or more information contact Two for the Show Media.

Adrianne Duncan · He's Not Quite You