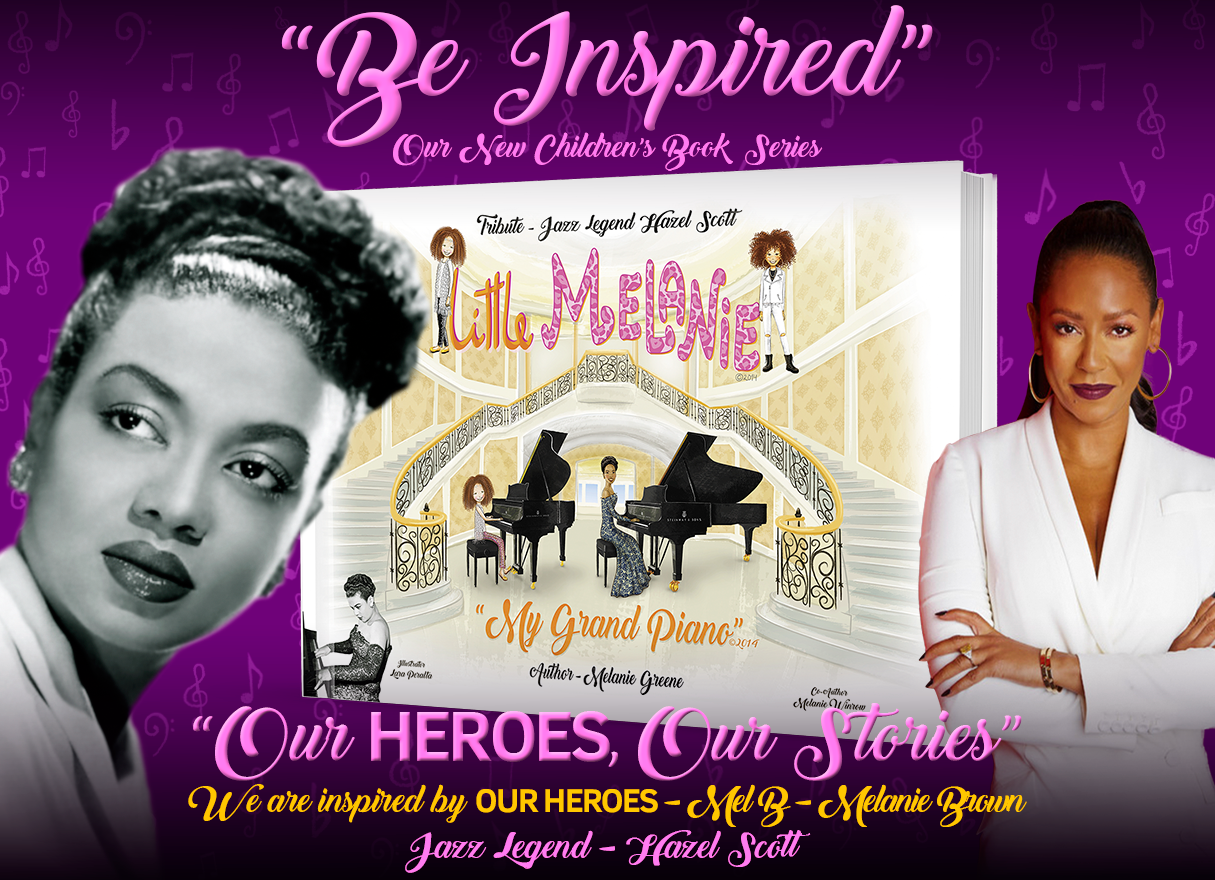 slideshow
London5 Studios' Little Melanie is a new brand of children’s entertainment representing diversity and inspiring kids with “the dream is everything" message by paying tribute to jazz pianist Hazel Scott.

Little Melanie children’s books and musical comedy television series centres around the diverse family of our heroine. Melanie is a child prodigy who is passionate about playing her Steinway & Sons Baby Grand Piano and writing songs at every opportunity. This fictitious character will show children that the dream is everything. It is vital that kids have the opportunity to realise their dreams.

“There seems to be one Spice that scared the world—and us too!—Scary Spice—Mel B, also known as Melanie Brown—became the inspiration behind our Little Melanie brand. She is the “spice" in our life here at London5 Studios. Our inspired stories of the fictitious character “Little Melanie” will no doubt touch the hearts of millions of children and adults around the world.

The London5 team have written over 150 exciting children’s books to follow many of the television episodes. There are feature films, endorsement sponsors, merchandising and more.” “Our inspiration, from all seven girls poured into our soup of ideas. But the one spice that seem to burn in our hearts was Scary Spice. Mel B inspired the main character for our television and book series. Our band of musical little angels took the inspiration from Katy Perry, Adele, Lady Gaga, Vanessa Williams, Alicia Keys and Kandace Springs.... the next little girls band.” It's girl power once again.

“Every personality inspired our stories, allowing us to create the 'best in class.' Children all over the world will become best mates with Little Melanie and her amazing girl band. The inspiration of each musical artist shall give every child around the world the belief: they, too, can believe the “dream is everything.”

“Our company epitomises the honourable banner of diversity which our children's books and television episodes acknowledges. We are a now brand that says, “the dream is everything!" Little Melanie delivers this message through every medium imaginable.”

Our new tribute book—jazz legend Hazel Scott—My Grand Piano is here and ready for children and adults around the world to be “inspired.” 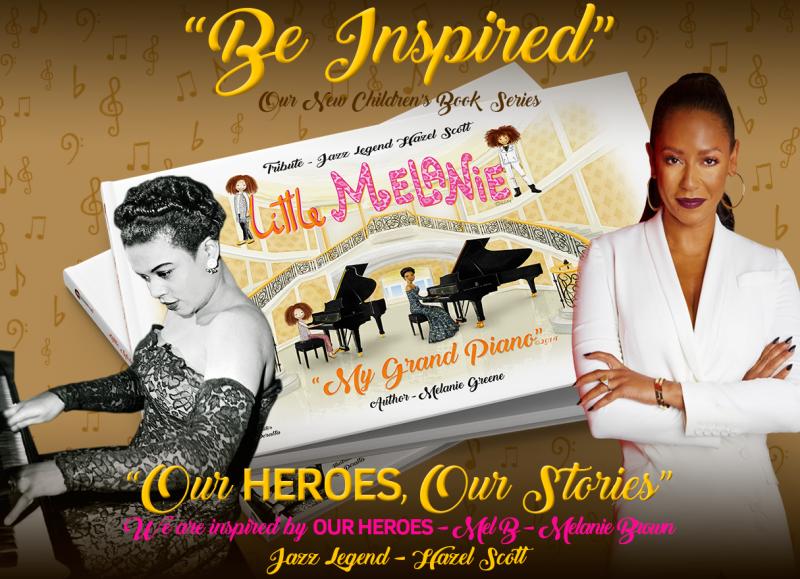 “Children need a positive hero—a mentor they can aspire to.  Melanie Brown is the inspiration behind our main character, Little Melanie with the musical influence and talents of pianist Hazel Scott, simply the best on the ebony and ivory keys.”

This new and inspirational children’s series will inspire children to believe our important message: the dream is everything. “We are the doorsteps to the world of dreams.”

Our new special edition book from our series, My Grand Piano, tributes Jazz Legend Hazel Scott.  Also, a sneak preview of the our television series, Little Melanie: Live!   There you will follow Little Melanie’s family, cousins, friends and bandmates in some of the best Jazz and family jam sessions ever, and so much more.

“I know that life in England and America can be mighty tough for people who are a little different from the majority.  I am not fooled because I have a chance open to very few people, but I do know that democracy works for those who are willing to demand it and I am convinced it's worth all children receiving.

I can’t speak for 50 billion people, no one person can.  But I am certain that I and other British and Americans of many races and faiths have too much invested in our countries’ welfare to throw it away or let it be taken from us or our children. We must give every child only the best, the very best,” states executive producer and Creator Melanie G.

This is our Little Melanie stories, but it is not hers—or her victory alone.  It is one which each of us shares: a story, a victory that can only happen in countries  that are truly free,  countries where every child has the opportunity to become President, a world leader, an actor, a musician and, today, a child with a destined dream... everyone needs a hero, a mentor, a champion.