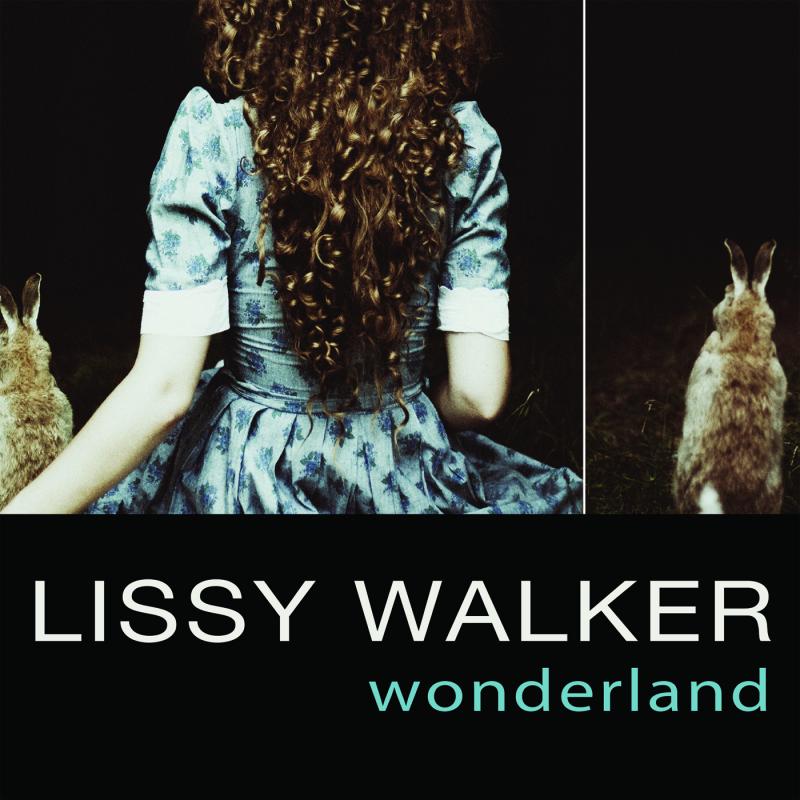 slideshow
Lissy Walker is a jazz singer, but she brings her own unique spin to the music by adding elements drawn from the worlds of folk, country, and 70s acoustic pop. Walker's burnished vocals and her virtuosic band slip effortlessly between genres to create their own soulfully sweet sound–dreamy and bittersweet, heartfelt and swinging–on her stunning new recording, Wonderland.

For most of us, the word wonderland conjures up images of Lewis Carroll's surrealistic fables, as well as a dizzying array of misty-eyed impressions gleaned from a lifetime of listening to popular songs and reading romantic novels. Lissy Walker shares some of the same impressions, but with more of an edge.

“This is an album of love songs," Walker says,"but the overall feel this time is darker. The romance is still there, with the hopes and dreams tempered by a touch of reality. I've always been fascinated with Alice in Wonderland and its themes of curiosity, desires, and dreams. I found myself drawn to songs that explored these ideas and this is where the songs on Wonderland live."

Her acclaimed debut album, Life Is Sweet boasted some of San Francisco's and New York's finest musicians, including Grammy-nominated John R. Burr (Maria Muldaur, Alison Brown) on piano, Jon Evans (Spencer Day, Sarah McLachlan) on bass, Grammy-nominated Scott Nygaard (Joan Baez, Laurie Lewis) on guitar and mandolin, and Steven Bernstein (Butler/Bernstein & the Hot 9) on trumpet. Walker and co-producer Evans reassembled the Life Is Sweet team, along with some new players, including Ben Goldberg on clarinet, and went into Berkeley's legendary Fantasy Studios to cut Wonderland, an album that brings Walker's subtle intensity to bear on another collection of gems from the Great American Songbook.

The songs on Wonderland deal in dreams and illusions, desires filled and unfulfilled, and the power of reflection and intent. The focus is on music from two great songwriting eras: swing tunes from the 20s/30s and folk ballads from the 70s. Walker's emotive vocal approach, the innovative arrangements, and the brilliance of the band, blend the two eras together, resulting in a classic, yet contemporary, vibe–a perfect hybrid.

“Tonight You Belong to Me" features Burr's crystalline country jazz piano and Scott Nygaard's gently trilling mandolin, giving the music the feel of a hot Saturday swinging barn dance. Walker's lilting ornamentations give the lyric a sly, seductive feeling. The set ends on a jaunty note with “Lullaby in Ragtime," a tune that evokes the atmosphere of a late night, sleepy New Orleans jam session. It features Walker's most sultry vocal, with Goldberg on clarinet, Bernstein on slide trumpet, and the rhythmic magic of drummer Jason Lewis.

The album will be released on Walker's new label, Dogwood Records on September 23. “I'm very excited about the new label and my future plans to produce other musician's projects." Walker has been a singer her whole life, and has a long background in theater, not only as an actress but also as a director and producer. “Songs are like little plays," says Walker, “and each singer brings their own unique interpretation to the song, and can benefit from direction. I love the creative, collaborative process and atmosphere of the recording studio, both as a performer and a producer. There is so much detail that goes into recording, and I want to explore that with other artists."

Sometimes heady and unabashedly romantic, sometimes full of heartache and subtle humor–the result is Wonderland, another beautiful compilation marked by the band's subtle virtuosity and Walker's sweet, smoky, simmering vocals, an album that continuously reveals its emotional and musical intensity.