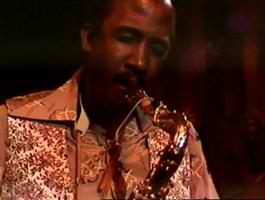 slideshow
Houston and the world lost a giant today with the passing of Wilton Felder, saxophonist for the fabled Crusaders. Mr. Felder was 75. Word of his passing reached the internet via longtime collaborator Ray Parker, Jr.’s Facebook page around 2 p.m. today.

Felder’s passing comes only a year after the death of his lifelong friend and fellow Crusader Joe Sample. Crusaders trombonist Wayne Henderson died in April, 2014, which now leaves drummer Nesbert “Stix” Hooper as the only living Crusader from the original four. Felder, Sample, and Hooper met early in life and formed their first band while attending Phillis Wheatley High School in the Fifth War. They added Henderson and took the name Jazz Crusaders while attending Texas Southern University, but they left school without graduating in 1959 and moved to Los Angeles. They quickly made a name for themselves in the West Coast bebop scene and recorded ten albums in the hard bop style of the day..

But the huge success of the band would wait ten years until 1971 when they dropped one of the first jazz-rock records to cross over into popular music culture, Pass the Plate. Pass the Plate put them on everyone’s radar; they received letters from the Beatles — they famously covered “Eleanor Rigby" — and garnered a slot opening for a Rolling Stones tour. They also were one of the headliners at the Rumble in the Jungle heavyweight championship fight in Zaire in 1974 between Muhammad Ali and Houstonian George Foreman.