Lead Belly: A Life in Pictures 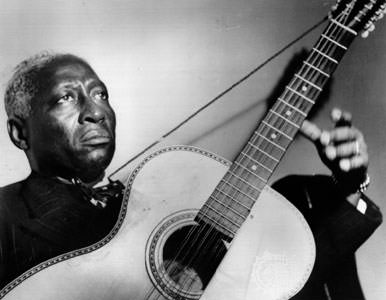 slideshow
Like a celebration thrown by B.B. for his countless fans, published for the occasion of his 80th birthday, The B. B. King Treasures brings remembrances, photos, and rare and personal memorabilia together in a magnificent collection from his life and career.

In 1947, with a two-and-a-half dollars in his pocket and his guitar on his back, Riley B. King, a sharecropper moonlighting as a blues and gospel musician, hitchhiked to Memphis from his home in Indianola, Mississippi. Today, after touring the world as an ambassador of the blues for more than half a century, B. B. King is a living legend.

The influential Louisiana bluesman, Lead Belly, wrote and performed some of the best- loved songs of the twentieth century, including “The Midnight Special," “Rock Island Line" and his signature song, “Goodnight, Irene," which became an international hit in 1950, eight months after his death.

John A. Lomax, the esteemed Library of Congress folk music anthropologist, discovered Lead Belly serving time (for assault and murder) at the infamous Louisiana State Penitentiary at Angola in 1934. He immediately saw that Lead Belly was a walking anthology of African-American music, and arranged for him to come to New York, where he created a sensation. Reporters followed Lead Belly everywhere, theaters clamored to book him and celebrities thronged to his concerts. His influence on a later generation of popular musicians was massive: Keith Richards, Jimi Hendrix, Jerry Garcia, Van Morrison, Robert Plant and Beck have all paid their respects.

Lead Belly: A Life in Pictures is a treasure trove of rare, unpublished photographs, news clippings, concert programs, personal correspondence (including letters from Woody Guthrie), record albums, awards and other memorabilia retrieved only recently from a basement trunk in New York.

Lead Belly, born Huddie Ledbetter on a Louisiana farm in 1888, won international fame as an interpreter of African-American folk songs and blues. For 15 years he performed folk songs, spirituals, blues and ballads to enthusiastic audiences at night clubs, political rallies, universities, concert halls and private parties. In 1988 Lead Belly was inducted into the Rock & Roll Hall of Fame, where he was the subject of a major retrospective in 2004.